Discover new books on Goodreads
See if your friends have read any of D.S. Kane's books 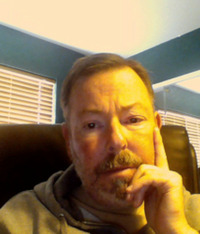 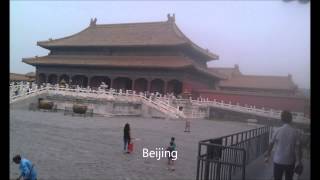 Now, I'm a former spy, still writing fiction. Through my novels, I expose the way intelligence agencies craft fiction for sale to sway their countries and manipulate their national policy, driving countries into dangerous conflicts.

I've been published under my real name many times in financial trade journals on topics including global banking, computer fraud and countermeasures, financial forecasting, global electronic-funds transfer networks, and corporate finance, including one book on finance published by a major publisher. I've been a featured speaker at financial conferences and conventions. My children's book, A Teenager's Guide to Money, Banking and Finance, was published in 1987 by Simon & Schuster. I was once the CEO of an ebook publishing company.

I've been adjunct faculty at the Whidbey Island MFA program, and also teach a course at the Muse Online Writers Conference entitled Covert Training and Covert Operations for Fiction Writers, and taught one on a similar topic at California libraries, funded by a federal grant. I've taught a thriller-writing course at the Pikes Peak Writers Conference and was a featured speaker at a dinner meeting of the California Writers Club. I taught finance at the Stern Graduate Business School of New York University for over ten years, and am one of the co-founders of ActFourWriters.com, a unique email-based novelists' critique group. ...more


Publishers will want to wrangle every last penny of revenue from anyone’s first novel. One of their best sources is the movie that can be made from a novelist’s first publication. The major reason is that movies drive incremental book sales for the author, years after the book has backlisted.
With that as their reasoning, for decades, book publishers now tend to read every potential book with their Read more of this blog post »
View more on D.S. Kane's website »
Like  •  0 comments  •  flag

“work of fiction. All of the characters and events depicted here are the work of the author’s mind.”
― D.S. Kane, Bloodridge
0 likes
Like

“When you set sail for Ithaca,
wish for the road to be long,
full of adventures, full of knowledge.”
― C.P. Cavafy

“Life ... is a tale
Told by an idiot, full of sound and fury,
Signifying nothing.”
― William Shakespeare, Macbeth

“Outside of a dog, a book is man's best friend. Inside of a dog it's too dark to read.”
― Groucho Marx, The Essential Groucho: Writings For By And About Groucho Marx
tags: animals, books, dogs, friends, humor
37276 likes
Like

Dead Good Crime Book Group — 2771 members — last activity 5 hours, 25 min ago
Dead Good is the home for killer crime books, drama and film. We love reading crime and thriller novels and want to share that love with you!

Langley suckers — 171 members — last activity Apr 01, 2021 11:06AM
If you love to read anything about spies, international intrigue, special ops, clandestine services, and anything about CIA, this group is for you....

Julia Reynolds
author of
Blood in ...

Barry Eisler
author of
The Kille...

This morning, Friday, March 4, 2016, I received an email from Crystal Timbeross of Kirkus Reviews (www.kirkusreviews.com):

I hope you are well since we last spoke. I'm following up to let you know that your review for “ProxyWar" was selected by our Indie Editors to be featured in Kirkus Reviews 3/1 Issues. Congratulations! Your review will appear as one of the 35 reviews in the Indie section of the 3/1 Kirkus Reviews magazine which is sent out to over 5,000 industry professionals (librarians, publishers, agents, etc.) Less than 10% of our Indie reviews are chosen for this, so it's a great honor.


On page 154 of the March 1 issue, Kirkus Reviews highlighted their review of DS Kane's ProxyWar, Book 6 of the Spies Lie series. For your convenience, I've embedded their review below:

In the sixth book in Kane’s (Baksheesh Bribes, 2015, etc.) Spies Lie series, a motley crew of spies, hackers, and mercenaries unite to stop China and Russia from declaring war on the United States.

Former Mossad spymaster Yigdal Ben-Levy is dying of cancer, but he refuses to live out his remaining days in a hospice. Rather, he’s dead set on getting from Washington, D.C., to the United Nations General Assembly in New York City, so that he can warn its members of a plot cooked up by Russia and China to attack America. What’s bad for the United States is bad for Israel, and Ben-Levy refuses to die with his beloved country in limbo after devoting his entire life to keeping it safe. In order to make it to the U.N. without getting killed by Russian and Chinese assassination squads, he calls on Jon Sommers, a former Mossad recruit who’s now working as a banker in New York. Sommers is furious with Ben-Levy, who’s responsible for the death of his fiancée, but when the dying man calls on him in his hour of need, he reluctantly agrees to help. He teams up with Israeli-soldier-turned-mercenary Avram Shimmel, expert hacker William Wing, and former covert operative Cassandra Sashakovich, a Russian, to get the job done. The strengths of this thriller are its lack of especially graphic violence and relatively straightforward plotline, both of which make it more accessible than previous installments. Other Spies Lie stories occasionally got so complicated that it was difficult to keep track of whom to root for. The story here essentially boils down to a long chase scene, packed with action movie set pieces that wouldn’t be out of place in a Michael Bay film. Kane neatly ties up all the loose ends left over from the roller-coaster story arc that began in Bloodridge (2014), while also setting up Jon, Cassie, Avram, William, and company for further adventures together, which will please fans and give newcomers an opportunity to enter this addictive fictional world.

The latest adventure in a series that only grows more engaging ProxyWarD.S. Kanewith each installment.” — Kirkus Reviews

Take a spy to the beach. Baksheesh (Bribes), Book 5 of DS Kane's Spies Lie series, is now on sale!

My thanks to all those who purchased DeathByte, Book 2 of the Spies Lie Series last week. For four days I was strutting around the house yelling "I now have two Amazon bestsellers." My thanks to Rebeeca Berus of 2 Market Books, my publicist, who made it all happen. But now, its over for the time being.

So, I'm back to polishing the draft of Baksheesh, Book 5 of the Spies Lie Series. Expect it in late Spring / Early Summer of this year. In about seven weeks I'll start getting the book into final form for release. A few of my readers have already complained about being hung out without another Spies Lies book to read. Please. Patience. It takes time to produce a quality book, and my project manager (Sandra Beris), cover designer (Jeroen Ten Berge), copyeditor (Karl Yambert) and formatters (booknook.biz) need time to do their work.

But here's a taste of Baksheesh, Book 5 of the Spies Lie Series:

After a close call with death and a disfiguring head wound, Cassandra Sashakovich is faced with even greater challenges, while her adopted daughter Ann evolves into an even more fearsome operative than her mother ever was. We see more of Lee, Avram and William, as the plots of the Russians, Chinese and American intelligence services bring their countries closer to a global war. And, Betsy the Butterfly is back. We'll learn more of the wheels behind the original Bloodridge Mossad plot and start to see the budding crisis that will emerge as the original six books of the series edge to a close.

So, if you haven't yet dipped into the Spies Lie Series, it's now time to start with Bloodridge, Book 1, an Amazon bestseller.

Bloodridge is now available. This is the "soft-launch." At this point, I'm looking for reviews. By June 14, I'm hoping to have enough objective reviews to encourage readers to buy the book. My deal with reviewers is this: Buy the ebook (at either http://www.barnesandnoble.com/w/blood... or http://www.amazon.com/Bloodridge-Spie...) and review Bloodridge on Goodreads (https://www.goodreads.com/book/show/2...) and on Amazon, and regardless of what you say, send me a copy of both reviews, and I'll send you an ebook copy of Book 2 in the series, DeathByte, when I soft-launch it in a few weeks.

If this works and I have enough reviews to generate sales, I'll repeat the process with DeathByte and Book 3 of the series, Swiftshadow. So, if you buy Bloodridge and write reviews for it, you get DeathByte for free, and if you write reviews for DeathByte, you get Swiftshadow for free.Of course, whaat I get is your email to me (dskane@dskane.com) containing link to the reviews you wrote to earn the free copy.

Have fun! Do this and you might end up with a free set of spy novels for your summer reading.

Right now, I'm waiting for completion of the copyedit process on DeathByte, and the book covers to be completed...