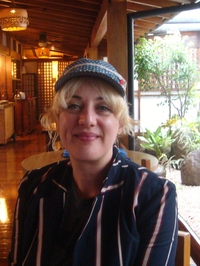 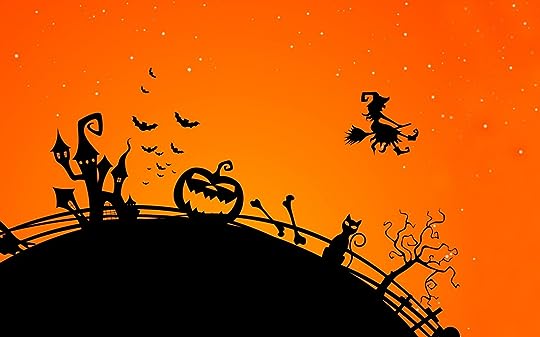 Usually, the lesser-spotted Tatum can be found hunkered down in her batcave scribbling wildly, with occasional pauses for prosecco, evil cackling or when the cat climbs on her lap and all work must cease because as we know cats rule the universe. But with Halloween fast approaching, I am actually venturing out of my lair to Go Places. They will be Places Involving Books and Sundry Fun and I can p Read more of this blog post »
View more on Tatum Flynn's website »
Like  •  0 comments  •  flag

“They would all be sorry... particularly the duck.”
― Angie Sage
169 likes

“There are moments, Jeeves, when one asks oneself, 'Do trousers matter?'"
"The mood will pass, sir.”
― P.G. Wodehouse, The Code of the Woosters
tags: appearance, bad-mood, clothes, dejection, humor
667 likes

“Never start with a clear idea of storyline. Instead, commence blindly, with a vague notion of trying to include a reference to your favourite band, gift shop, or chocolate bar.”
― Alan Martin
tags: writing
26 likes

“I suppose the fundamental distinction between Shakespeare and myself is one of treatment. We get our effects differently. Take the familiar farcical situation of someone who suddenly discovers that something unpleasant is standing behind them. Here is how Shakespeare handles it in "The Winter's Tale," Act 3, Scene 3:

ANTIGONUS: Farewell! A lullaby too rough. I never saw the heavens so dim by day. A savage clamour! Well may I get aboard! This is the chase: I am gone for ever.

And then comes literature's most famous stage direction, "Exit pursued by a bear." All well and good, but here's the way I would handle it:

BERTIE: Touch of indigestion, Jeeves?
JEEVES: No, Sir.
BERTIE: Then why is your tummy rumbling?
JEEVES: Pardon me, Sir, the noise to which you allude does not emanate from my interior but from that of that animal that has just joined us.
BERTIE: Animal? What animal?
JEEVES: A bear, Sir. If you will turn your head, you will observe that a bear is standing in your immediate rear inspecting you in a somewhat menacing manner.
BERTIE (as narrator): I pivoted the loaf. The honest fellow was perfectly correct. It was a bear. And not a small bear, either. One of the large economy size. Its eye was bleak and it gnashed a tooth or two, and I could see at a g. that it was going to be difficult for me to find a formula. "Advise me, Jeeves," I yipped. "What do I do for the best?"
JEEVES: I fancy it might be judicious if you were to make an exit, Sir.
BERTIE (narrator): No sooner s. than d. I streaked for the horizon, closely followed across country by the dumb chum. And that, boys and girls, is how your grandfather clipped six seconds off Roger Bannister's mile.

Who can say which method is superior?"

“When in doubt, make a fool of yourself. There is a microscopically thin line between being brilliantly creative and acting like the most gigantic idiot on earth. So what the hell, leap.”
― Cynthia Heimel
tags: so-true
64 likes

THE Group for Authors! — 11853 members — last activity 23 hours, 54 min ago
This is a group for authors to discuss their craft, as well as publishing and book marketing.

George R.R. Martin
author of
A Game of...

Jasper Fforde
author of
The Eyre ...

Philip Pullman
author of
The Golde...