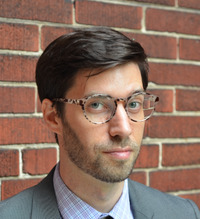 Born
The United States
Website
https://faculty.wcas.northwestern.edu/daniel-im...
Twitter
dimmerwahr
Genre
History
edit data
Daniel Immerwahr is an associate professor of history at Northwestern University and the author of Thinking Small: The United States and the Lure of Community Development, which won the Organization of American Historians’ Merle Curti Award. He has written for Slate, n+1, Dissent, and other publications.

· 10,411 ratings · 1,552 reviews · 7 distinct works • Similar authors
More books by Daniel Immerwahr…
Quotes by Daniel Immerwahr  (?)
Quotes are added by the Goodreads community and are not verified by Goodreads. (Learn more)
“At various times, inhabitants of the U.S. Empire have been shot, shelled, starved, interned, dispossessed, tortured, and experimented on. What they haven't been, by and large, is seen.”
― Daniel Immerwahr, How to Hide an Empire: A History of the Greater United States
tags: history
7 likes
Like

“English has spread like an invasive weed, implanting itself in nearly every habitat. It has created a world full of people ready and able to assist English speakers, wherever they may roam. A world almost designed for the convenience of the United States.”
― Daniel Immerwahr, How to Hide an Empire: A History of the Greater United States
5 likes
Like

“The racism that had pervaded the country since slavery engulfed the territories, too. Like African Americans, colonial subjects were denied the vote, deprived of the rights of full citizens, called “nigger,” subjected to dangerous medical experiments, and used as sacrificial pawns in war. They, too, had to make their way in a country where some lives mattered and others did not.”
― Daniel Immerwahr, How to Hide an Empire: A History of the Greater United States
3 likes
Like

Is this you? Let us know. If not, help out and invite Daniel to Goodreads.