Discover new books on Goodreads
See if your friends have read any of Susan C. McGrath's books 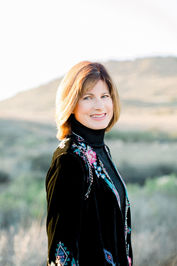 To the Waters and the Wild

Looking forward to May 21st when my new book, To the Waters and the Wild, will be released!
l

“Serene was a word you could put to Brooklyn New York. Especially in the summer of 1912. Somber as a word was better. But it did not apply to Williamsburg Brooklyn. Prairie was lovely and Shenandoah had a beautiful sound but you couldn't fit those words into Brooklyn. Serene was the only word for it especially on a Saturday afternoon in summer.”
― Betty Smith, A Tree Grows in Brooklyn
tags: a-tree-grows-in-brooklyn, opening-lines
14 likes

“Here, from his perch on the very summit of the mountain wall, high above forest and river, far from the tinny cacophony of Skagway, Steele, the iron man, could gaze down, godlike, on the insect figures striving to reach his eyrie—on the whimpering horses and the cursing men, and on the women bent double beneath man-sized loads. It was a scene that was almost medieval in its fervor and in its allegory, and it was enacted against a massive backdrop: the cloud-plumed mountains in the foreground, the rolling hills in the middle distance, and far below—as if in another world—the bright sheen of the ocean and the tiny outlines of shuttling boats disgorging, endlessly, more human cargo, and, glittering wetly in the pale sun, the flats of Skagway, where William Moore had once reigned as a lonely monarch.
And hanging over the whole, like a encompassing pall, the sickly-sweet stench of carrion, drifting with the wind.”
― Pierre Berton, The Klondike Fever: The Life and Death of the Last Great Gold Rush
0 likes