,
Discover new books on Goodreads
See if your friends have read any of Tiffany Apan's books 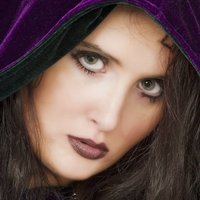 Winner in the Romance Genre Category!

Well, they've announced it so it is now okay for me to.

:) I am very happy to announce that The Birthrite won in this year's B2BCyCon. One of the main characters in the series, Dorothy Blake (or Dorothy Blake Turner as she later becomes) was the one that reigned supreme in the Romance Genre Character Tournaments!
As for the Cover Wars, Descent (The Birthrite, #1) didn't do too shabby. The Read more of this blog post »
View more on Tiffany Apan's website »
Like  •  0 comments  •  flag

More of Tiffany's books…
Quotes by Tiffany Apan
“Is it possible for one to enter sleep and wander while never waking? And if so, for how long can one survive this way?”
― Tiffany Apan, Descent
tags: gothic, gothic-fiction, gothic-romance, horror, horror-fantasy, horror-romance, romantic-suspense
5 likes
Like

“Matthew shook his head. “Whoever said anything of women in the Victorian era being prim and proper apparently hadn’t met Maxine Fleming.”
Tahatan chuckled. “I’m sure a publisher somewhere would make a nice fortune with putting this into print. The fact is, people tend to look back on bygone times through rose-colored glasses. All eras have encouraged values that are pushed on the surface, but in the end, people are still people.”
― Tiffany Apan, Descent
tags: gothic-fiction, gothic-romance, historical-fiction
2 likes
Like

“And maybe that is exactly what happened…he walked away and never woke up…”
― Tiffany Apan, Descent
tags: gothic, gothic-fiction, gothic-horror, horror, horror-fantasy, horror-romantic, romantic-suspense
1 likes
Like

“All that we see or seem is but a dream within a dream.”
― Edgar Allan Poe
tags: dreaming, dreams, perception
10870 likes
Like

“A little Madness in the Spring Is wholesome even for the King.”
― Emily Dickinson
1450 likes
Like

“There is a sacredness in tears. They are not a mark of weakness, but of power. They speak more eloquently than ten thousand tongues. They are the messengers of overwhelming grief, of deep contrition and of unspeakable love.”
― Washington Irving
955 likes
Like

“TO the States or any one of them, or any city of the States, Resist much, obey little,
Once unquestioning obedience, once fully enslaved,
Once fully enslaved, no nation, state, city of this earth, ever after-ward resumes its liberty.”
― Walt Whitman, Leaves of Grass
tags: philosophy, politics, wisdom
51 likes
Like

Aurelio Voltaire
author of
What Is G...