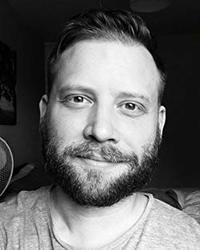 Thera (Travel with Books and Coffee)

The Second World War has captured the imagination like no other in history. It was the first ‘People’s War’, in which, because of technology, women and children were in the front line along with the men. The generation who fought it are still with us, although their ranks are thinnin Read more of this blog post »
2 likes · Like  •  0 comments  •  flag

More of Richard's books…
Quotes by Richard Denham  (?)
Quotes are added by the Goodreads community and are not verified by Goodreads. (Learn more)
“The problem with Gildas is that he was a moaner, obsessed with a golden past that never existed and whingeing about the current state of affairs at the time of his writing. He is not, of course, an historian in the modern sense but he is one of a long line of chroniclers who is over-pessimistic about their own times and bewails the loss of a better past.”
― Richard Denham, Arthur: Shadow of a God
tags: dark-ages, gildas, king-arthur
0 likes
Like