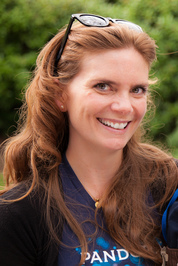 Website
https://www.meganobrienbooks.com/
Twitter
OBrien_Books
Genre
Romance, Contemporary, Suspense
Member Since
June 2013
URL
https://www.goodreads.com/meganobrien
edit data
Megan O'Brien is the best selling author of The Ride Series and the Talon Security Series. She has a passion for a good love story and most enjoys writing stories with an alpha male and strong female characters.
Megan was born and raised in Marin County, California where she still resides with her amazing husband and two lovely sons.

When she's not enjoying family time or burying her nose in her kindle she loves hiking, running and relaxing moments on the back porch with a glass of wine.

More than a year ago, Sophie disappeared without a trace. When she turns up again, she's a different woman with one big secret and Axel will stop at nothing to make her his.

Sophie was once afraid of the world. In her time away she's learned a hell of a lot except to rely on anyone other than herself.

When Axel comes careening back into her life he demands just that and so much more.

“You don’t know how much it means to me to have you see it all,” I whispered in his ear, my fingers stroking through his damp hair. “All the skeletons I’ve buried and you’re still here. I…I never thought I’d have that. Thank you, Sal,” I whispered hoarsely. He pulled away briefly, his dark eyes appraising me in the dim light. “Your skeletons are more beautiful than most angels, baby,” he whispered gruffly.”
― Megan O'Brien, Sal
4 likes
Like

“Cole and I spent the whole day together, wanting to be close, whether we were watching TV on the sofa or reading side by side. I wasn’t sure if it was the incident with Jake or the pregnancy, but either way I welcomed the contact. I felt more connected to Cole than ever. We were seated side by side on the couch as he worked on his laptop and I watched some guilty pleasure reality TV. “What”
― Megan O'Brien, Cole
4 likes
Like

“I smiled at him, the first true smile I’d had in as long as I could remember. The kind that started from the inside and shone outward like a beacon. “There it is,” he rasped, his eyes shining with joy. “What?” I asked quietly. “My light,” he replied simply.”
― Megan O'Brien, Axel
3 likes
Like