,
Discover new books on Goodreads
See if your friends have read any of Kimberly G. Giarratano's books Born
in Flushing, NY
Website
http://www.kimberlyggiarratano.com
Twitter
www.twitter.com/KGGiarratano
Genre
Young Adult, Mystery, Paranormal
Member Since
April 2010
URL
https://www.goodreads.com/kggiarratano
edit data
Kimberly Giarratano is an author of mysteries for teens and adults. Her debut novel, Grunge Gods and Graveyards, won the 2015 Silver Falchion Award for Best YA at Killer Nashville. A former librarian, she is currently an instructor at a SUNY Orange County Community College and a reviewer for BookPage. She is also the chapter liaison for Sisters in Crime. Born in New York and raised in New Jersey, Kim and her husband moved to the Poconos to raise their three kids amid black bears and wild turkeys. While she doesn’t miss the Jersey traffic, she does miss a good bagel and lox.

A Mystery Master Picks Her Favorite Reads of 2022
Kellye Garrett is the acclaimed author of the new Like a Sister suspense novel, in which no one bats an eye when a disgraced reality-TV star...
Read more...
32 likes · 4 comments 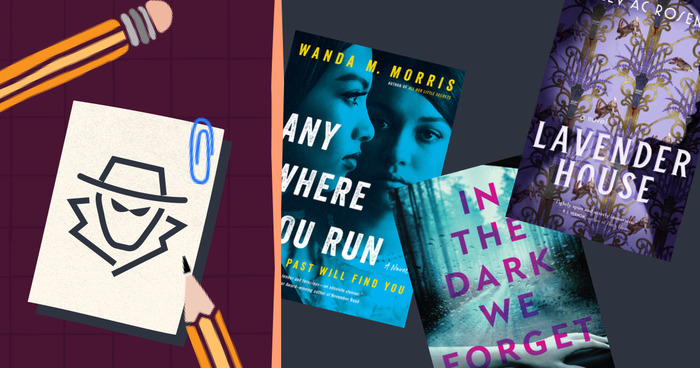 More of Kimberly's books…
Quotes by Kimberly G. Giarratano  (?)
Quotes are added by the Goodreads community and are not verified by Goodreads. (Learn more)
“beads of sweat had collected between her breasts and her legs felt slick with moisture.”
― Kimberly G. Giarratano, One Night Is All You Need: A Short Story
1 likes
Like

“Sam dragged her over to a small plot. Unlike the historic ones, this seemed like an ordinary grave. The headstone read Paul Danvers 1950-1997. “And this guy,” Sam said through clenched teeth. “Got so drunk one night, he accidentally set his house on fire, killing himself and his seventeen-year-old son.” Margot pulled back. This date had turned as sour as the feeling in her gut. “Murdered his own son.” Sam’s voice was tight and full of emotion. “He was going to college in the fall. Got a full ride and everything.” “That’s awful,” said Margot. “Where’s the son buried?” “So glad you asked.” Sam smiled so mournfully that Margot regretted asking at all. He pointed to the headstone next to Paul’s. In the darkness, it was nearly impossible to make out the young man’s name. Margot knelt on the soft grass and leaned forward, using the light from her cellphone to see the engraving. She gasped and nearly dropped the phone. “Sam Danvers,” she said, barely getting out the words. “That’s not funny.” Margot’s hands shook. “Is your name really Sam?” He no longer smiled, just nodded. “It is.” Sam came in close and said her name in such a soft whisper, Margot ached to touch him. He reached up to her face and tucked a strand of wavy hair behind her ear. “If things were different at all…” She put her hands on his. His skin felt dry and cold while hers felt clammy. “What does that mean? If what was different?” Sam leaned in, his face encased in shadows, and kissed Margot. She gasped before being taken in by the kiss. His breath tasted oddly of licorice and she was suddenly aware of the scent of fresh-cut grass. His lips were soft, but his kiss was urgent. He gripped the belt loops of Margot’s jean shorts and pulled her in tight against his chest. Her head swam and her heart pounded. She pulled away from him and attempted to catch her breath. She looked at him, her eyes bright with fury. “That wasn’t an answer.” He ran his hands through his hair. A typical guy stall tactic, thought Margot. But Sam wasn’t stalling. He was struggling. “Margot, I’m Sam Danvers,” he said. Margot shook her head — “No. No. No.” — and marched away from him.”
― Kimberly G. Giarratano, One Night Is All You Need: A Short Story
1 likes
Like

“On Duval Street, the buzzing of motorized scooters and the cacophony of happy tourists meshed together in a noisy symphony.”
― Kimberly G. Giarratano, One Night Is All You Need: A Short Story
1 likes
Like

“beads of sweat had collected between her breasts and her legs felt slick with moisture.”
― Kimberly G. Giarratano, One Night Is All You Need: A Short Story
1 likes
Like

“On Duval Street, the buzzing of motorized scooters and the cacophony of happy tourists meshed together in a noisy symphony.”
― Kimberly G. Giarratano, One Night Is All You Need: A Short Story
1 likes
Like