Discover new books on Goodreads
See if your friends have read any of Cynthia T. Toney's books 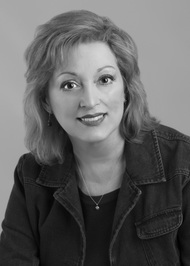 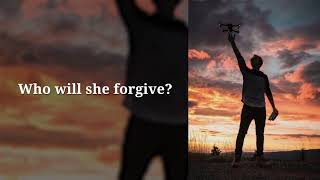 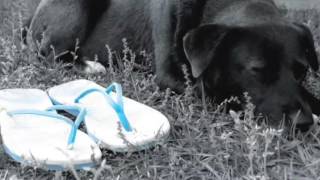 Born
in The United States
Website
http://www.cynthiattoney.com
Twitter
CynthiaTToney
Genre
Young Adult, Contemporary, Historical Fiction
Member Since
March 2012
URL
https://www.goodreads.com/cynthiattoney
edit data
Cynthia chose to write for young people to show them how wonderful, powerful, and valuable they are. She creates complex characters and twisty plots—because life is complicated. Ask any teen! Her stories address issues that young people face today, but they are full of hope and laced with humor. Her characters are diverse in culture and ethnicity and include deaf and Jewish teens.

Cynthia's contemporary Bird Face series includes 8 Notes to a Nobody, 10 Steps to Girlfriend Status, 6 Dates to Disaster, and 3 Things to Forget. Her first coming-of-age historical, The Other Side of Freedom, takes place in the rural southern U.S. in 1925. It has received literary awards from Independent Author Network Book of the Year Awards (2018 Outstanding Fic Cynthia chose to write for young people to show them how wonderful, powerful, and valuable they are. She creates complex characters and twisty plots—because life is complicated. Ask any teen! Her stories address issues that young people face today, but they are full of hope and laced with humor. Her characters are diverse in culture and ethnicity and include deaf and Jewish teens.

In addition to writing, Cynthia has a passion for rescuing dogs from animal shelters and encourages others to save a life by adopting a shelter pet. In her spare time, she grows herbs and studies the complex history of the friendly southern U.S., where she lives with her husband and several canines.

If you’ve landed here, you may be familiar with my post from December 5th,  The Real Scoop on Book Award Competitions, Part 1. If not, be sure to take a look and see why and how I began entering award contests for my historical novel, The Other Side of Freedom.

Cynthia is currently reading
Why We're Catholic: Our Reasons for Faith, Hope, and Love
by Trent Horn
bookshelves: currently-reading

Cynthia is currently reading
The Three Most Wanted (I Am Margaret #2)
by Corinna Turner (Goodreads Author)
bookshelves: currently-reading

More of Cynthia's books…
Quotes by Cynthia T. Toney  (?)
Quotes are added by the Goodreads community and are not verified by Goodreads. (Learn more)
“What could I say about Bellingrath Junior High? Not much, except it was named after my secret hero, Bernard Bellingrath. But Barney wasn’t the kind of hero who rescued a kid from a burning building or found a cure for a disease.
Barney dropped a big load of money on our school to build the gym, stadium, and later the library annex. As his reward, a faded portrait hung on the wall of the visitors’ area inside the main entrance. But that wasn’t the reason he was my hero.
According to legend, Barney had been born with a tail. A tail. Grand-mere Robichaud, who’d once seen such a tail on a baby’s pink bottom, said he could’ve been mistaken for the main course at a cochon de lait—a Cajun pig roast. But Barney’s parents were very religious, so they refused to have the tail removed.
In spite of that decision, Barney grew up to be the richest and most powerful man in town. But that still wasn’t the reason he was my hero. The fact that he decided to keep the tail anyway—that was the reason.
Now, all these years later, you’d think physical imperfections would be tolerated at a school practically founded by someone with a tail. But no.”
― Cynthia T. Toney, Bird Face

“To suppress free speech is a double wrong. It violates the rights of the hearer as well as those of the speaker.”
― Frederick Douglass
177 likes
Like

“There is not such a cradle of democracy upon the earth as the Free Public Library, this republic of letters, where neither rank, office, nor wealth receives the slightest consideration.”
― Andrew Carnegie
58 likes
Like

“If freedom of speech is taken away, then dumb and silent we may be led, like sheep to the slaughter.”
― George Washington
tags: freedom, freedom-of-speech
853 likes
Like

“A happy New Year!
Grant that I  May bring no tear to any eye
When this New Year in time shall end
Let it be said I've played the friend,
Have lived and loved and labored here,
And made of it a happy year.  ”
― Edgar A. Guest

THE Group for Authors! — 12181 members — last activity 1 hour, 4 min ago
This is a group for authors to discuss their craft, as well as publishing and book marketing.