Discover new books on Goodreads
See if your friends have read any of A.J. Pine's books 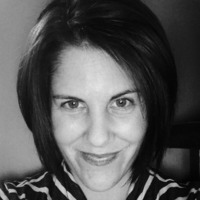 Born
in Chicago
Website
http://ajpine.com
Twitter
AJ_Pine
Genre
Romance, Contemporary
Member Since
June 2011
URL
https://www.goodreads.com/ajpine
edit data
A teen librarian by day and a romance writer by night, A.J. Pine can’t seem to escape the world of fiction, and she wouldn’t have it any other way. She’s the author of the If Only series (Entangled Embrace), the Only You series (Berkley/Intermix), the Kingston Ale House series (Entangled Select), and the Crossroads Ranch series (Forever Romance). When she finds that 25th hour in the day, she might indulge in a tiny bit of TV where she nourishes her undying love of vampires, superheroes, and a certain high-functioning sociopath detective. She hails from the far off galaxy of the Chicago suburbs.

Only You (2 books)
by
A.J. Pine (Goodreads Author)

“Sometimes it takes letting go of the past to find out who you want to be.”
― A.J. Pine, What If
4 likes
Like

“I’m starting to remember what it’s like to let go of the fear, to simply live.”
― A.J. Pine, What If
1 likes
Like

“Mom!” she said, her tone the brightest and cheeriest she could muster. “How are you?”

There was a beat of silence before her mother spoke.

“Hello, sweetheart,” was all she said at first. But what Grace heard was, Hello, sweetheart. You’ve been avoiding your family for weeks. And if you think you’re hanging up this phone without committing to dinner with us and your conniving ex whom we adore, well then tilt your head up to see the pigs flying, and then glance below your feet so you can see hell freezing over.”
― A.J. Pine, Worth the Wait

“If you stay, I'll do whatever you want. I'll quit the band, go with you to New York. But if you need me to go away, I'll do that, too. I was talking to Liz and she said maybe coming back to your old life would be too painful, that maybe it'd be easier for you to erase us. And that would suck, but I'd do it. I can lose you like that if I don't lose you today. I'll let you go. If you stay.”
― Gayle Forman, If I Stay
tags: infatuation, life, love, self-sacrifice
2573 likes
Like

“Anyway, George comes up to me the first day of filming and he takes one look at the dress and says, 'You can't wear a bra under that dress.'
So, I say, 'Okay, I'll bite. Why?'
And he says, 'Because... there's no underwear in space.'
I promise you this is true, and he says it with such conviction too! Like he had been to space and looked around and he didn't see any bras or panties or briefs anywhere.
Now, George came to my show when it was in Berkeley. He came backstage and explained why you can't wear your brassiere in other galaxies, and I have a sense you will be going to outer space very soon, so here's why you cannot wear your brassiere, per George. So, what happens is you go to space and you become weightless. So far so good, right? But then your body expands??? But your bra doesn't- so you get strangled by your own bra. Now I think that this would make a fantastic obit- so I tell my younger friends that no matter how I go, I want it reported that I drowned in moonlight, strangled by my own bra.”
― Carrie Fisher, Wishful Drinking

Gayle Forman
author of
If I Stay

Julie Halpern
author of
Get Well ...