Discover new books on Goodreads
See if your friends have read any of H.B. Lyne's books 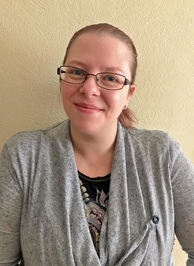 She lives in Yorkshire with her husbeast, two children and midwife cat. When not juggling family commitments, she writes dark urban fantasy novels, purging her imagination of its demons. Inspired by the King of Horror himself, Holly aspires to be at least half as prolific and successful and promises to limit herself to only one tome of The Stand-like proportions in her career. 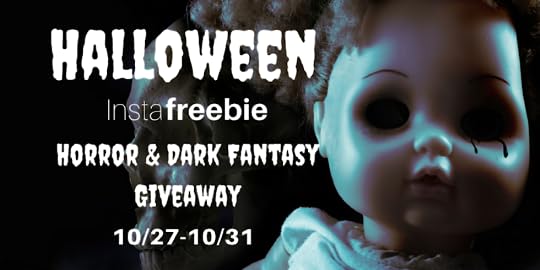 Grab your plastic Halloween jack-o-lanterns, and get ready to do some

for FREE for a limited time!

Get these FREE books and over 50 more!

“I personally have a cunt. Sometimes it's 'flaps' or 'twat', but most of the time, it's my cunt. Cunt is a proper, old, historic, strong word. I like that my fire escape also doubles up as the most potent swearword in the English language. Yeah. That's how powerful it is, guys. If I tell you what I've got down there, old ladies and clerics might faint. I like how shocked people are when you say 'cunt'. It's like I have a nuclear bomb in my pants, or a tiger, or a gun.

Compared to this the most powerful swearword men have got out of their privates is 'dick', which is frankly vanilla, and I believe you're allowed to use on, like, Blue Peter if something goes wrong. In a culture where nearly everything female is still seen as squeam-inducing, and/or weak - menstruation, menopause, just the sheer simple act of calling someone 'a girl' - I love that 'cunt' stands, on its own, as the supreme unvanquishable word. It has almost mystic resonance. It is a cunt - we all know it's a cunt - but we can't call it a cunt. We can't say the actual word. It's too powerful. Like Jews can never utter the Tetragrammaton - an must make do with 'Jehovah', instead.”
― Caitlin Moran, How to Be a Woman
127 likes

“We need to reclaim the word 'feminism'. We need the word 'feminism' back real bad. When statistics come in saying that only 29% of American women would describe themselves as feminist - and only 42% of British women - I used to think, What do you think feminism IS, ladies? What part of 'liberation for women' is not for you? Is it freedom to vote? The right not to be owned by the man you marry? The campaign for equal pay? 'Vogue' by Madonna? Jeans? Did all that good shit GET ON YOUR NERVES? Or were you just DRUNK AT THE TIME OF THE SURVEY?”
― Caitlin Moran, How to Be a Woman
tags: feminism, humour
1001 likes

Rosanne Higgins
author of
Orphans a...