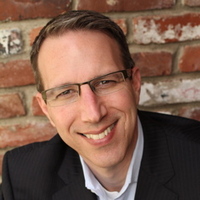 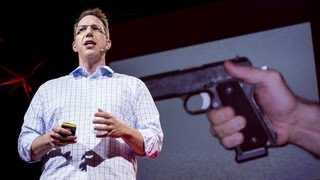 “Google gets $59 billion, and you get free search and e-mail. A study published by the Wall Street Journal in advance of Facebook’s initial public offering estimated the value of each long-term Facebook user to be $80.95 to the company. Your friendships were worth sixty-two cents each and your profile page $1,800. A business Web page and its associated ad revenue were worth approximately $3.1 million to the social network. Viewed another way, Facebook’s billion-plus users, each dutifully typing in status updates, detailing his biography, and uploading photograph after photograph, have become the largest unpaid workforce in history. As a result of their free labor, Facebook has a market cap of $182 billion, and its founder, Mark Zuckerberg, has a personal net worth of $33 billion. What did you get out of the deal? As the computer scientist Jaron Lanier reminds us, a company such as Instagram—which Facebook bought in 2012—was not valued at $1 billion because its thirteen employees were so “extraordinary. Instead, its value comes from the millions of users who contribute to the network without being paid for it.” Its inventory is personal data—yours and mine—which it sells over and over again to parties unknown around the world. In short, you’re a cheap date.”
― Marc Goodman, Future Crimes
9 likes
Like

“If J. K. Rowling had written Harry Potter in Google Docs instead of Microsoft Word, she would have granted Google the worldwide rights to her work, the right to adapt or dramatize all the Muggles as Google saw fit, to say nothing of the Hogwarts School of Witchcraft and Wizardry. Google would have retained the rights to sell her stories to Hollywood studios and to have them performed on stages around the world, as well as own all the translation rights. Had Rowling written her epic novel in Google Docs, she would have granted Google the rights to her $15 billion Harry Potter empire—all because the ToS say so.”
― Marc Goodman, Future Crimes: How Our Radical Dependence on Technology Threatens Us All
7 likes
Like

“Technological progress is like an axe in the hands of a pathological criminal.”
― Albert Einstein
82 likes
Like

“The future is already here – it's just not evenly distributed.

“Technology is a queer thing; it brings you great gifts with one hand and it stabs you in the back with the other.”
― Charles Percy Snow
tags: crime, technology
4 likes
Like

“If we continue to develop our technology without wisdom or prudence, our servant may prove to be our executioner.”
― OMAR N. BRADLEY
tags: crime, dangers, technology
3 likes
Like

“What I did in my youth is hundreds of times easier today. Technology breeds crime.”
― Frank W. Abagnale
tags: crime, law, technology
1 likes
Like