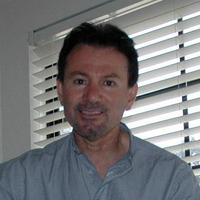 More of Frank's books…
Quotes by Frank Scozzari  (?)
Quotes are added by the Goodreads community and are not verified by Goodreads. (Learn more)
“She said there was no such thing as the perfect match. She claimed it was a grand fallacy. There was no such thing as a ‘soulmate.’ She said that. She said many perfectly content couples were ruined by the concept; that too many couples, ninety percent of them perfect for one another, were ruined because the remaining ten percent was proof, to one or the other, that their true ‘soulmate’ lay elsewhere, and therefore the relationship ended.”
― Frank Scozzari, From Afar
1 likes
Like

“You have but one life to live; and not many chances to get the love thing right. In fact, some people never get it right, and grow old living together but living separate, miserable lives. If you believe in love, you must fight for it. You must hold out for it. You must not give up. You must remain hopelessly romantically alone until your true love is found. You must sacrifice and suffer in loneliness, until one day it finds you.”
― Frank Scozzari, From Afar
0 likes
Like

“This is a new year. A new beginning. And things will change.”
― Taylor Swift
tags: change, fresh-starts, new-beginnings, reinvention, time
2574 likes
Like

GOOD REVIEWS — 8036 members — last activity 9 hours, 59 min ago
This Group is only for authors who are looking for reviews and Reviewers who love to read books and share their reviews.