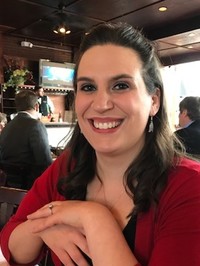 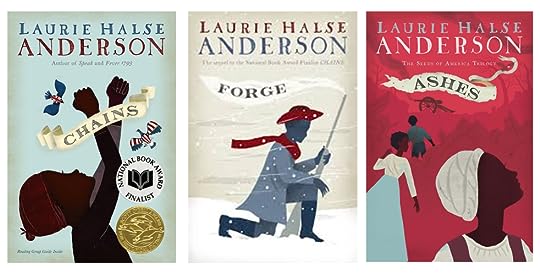 I would argue the first in the series, Chains, is by far the best and absolutely worth reading even if you don't want to invest in a series. The American Revolutionary War was a fight for independence, but it didn't mean independence for everyone. The story follows Isabel and Curzon as they seek their freedom despite the continued lies and promises from the British and Americans. Theirs is the

Katie Roman is currently reading
The Time of Contempt (The Witcher, #2)
by Andrzej Sapkowski
bookshelves: currently-reading

“An education was a bit like a communicable sexual disease. It made you unsuitable for a lot of jobs and then you had the urge to pass it on.”
― Terry Pratchett
tags: discworld
11 likes

“Faithless is he that says farewell when the road darkens.”
― J.R.R. Tolkien, The Fellowship of the Ring
tags: faith
7950 likes

Tamora Pierce — 73 members — last activity Jun 05, 2015 09:05AM
For all readers who love Tamora Pierce's books so much that they can't keep from talking about them.

Jayden Woods
author of
The Lost ...

J.R.R. Tolkien
author of
The Hobbi...

Jean Plaidy
author of
The Lady ...