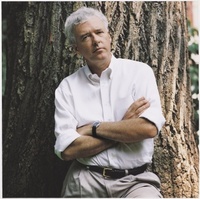 “He liked to say that what makes literature is “inventing truly from honestly acquired knowledge, so that what you make up is truer than what you might remember.”
― Paul Hendrickson, Hemingway's Boat: Everything He Loved In Life, And Lost, 1934 1961
1 likes
Like

“What makes it is when you go over the whole piece each day from the start to where you go on from rewriting it really and then going on. Even then the actual writing is probably only about an hour and a half. Of course lots of times you can’t write but nearly always you do. Each day you throw away what turned out to be shit in the stuff you did the day before.”
― Paul Hendrickson, Hemingway's Boat: Everything He Loved In Life, And Lost, 1934 1961
1 likes
Like

“He moves through the white glare of a Key West afternoon in that curious, rolling, cantilevered, ball-of-the-foot, and just-off-kilter gait that suggests a kind of subtle menace. He’s on dense and narrow and aromatic streets bearing people’s first names—Olivia, Petronia, Thomas, Emma, Angela, Geraldine. He’s Tom Sawyer on a Saturday in Hannibal, tooting like a steamboat, rid now of Aunt Polly’s clutches, left to his own devices, not to show back home until the sun is slanting in long bars. He’s Jake Barnes on a spring morning in Paris, when the horse chestnut trees are in bloom in the Luxembourg gardens. Jake is expert at shortcutting down the Boul’Mich’ to the rue Soufflot, where he hops on the back platform of an S bus, and rides it to the Madeleine, and then jumps off and strolls along the boulevard des Capucines to l’Opéra, where he then turns in at his building and rides the elevator up to his office to read the mail and sit at the typewriter and prepare a few cables for his newspaper across the Atlantic. “There was the pleasant early-morning feel of a hot day,” is the way Jake’s creator, living in this different region of light, had said it at the start of chapter 5 of The Sun Also Rises.”
― Paul Hendrickson, Hemingway's Boat: Everything He Loved In Life, And Lost, 1934 1961
1 likes
Like

what to read in april