Discover new books on Goodreads
See if your friends have read any of G.R. Matthews's books 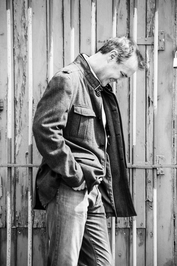 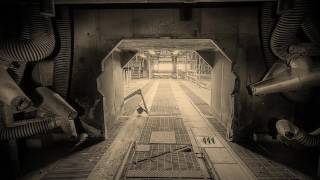 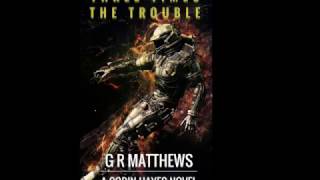 Are there any cool heroines in your "Stone Road" series?
G.R. Matthews Hi Kelley,

All the Forbidden List books have family at their core - close and extended. Certainly, in book 2 and 3 …moreHi Kelley,

All the Forbidden List books have family at their core - close and extended. Certainly, in book 2 and 3 there are some exceedingly strong female characters that drive the story onwards.

In book 1 it is, I think, a little more subtle. However, some exceedingly important things happen in that book - and deal with the women who will become central to the story.

I'm proud of the many different female characters in the series. I hope they feel I did them justice.

Thanks for the question.(less)
flag
View 1 comment
What made you decide to center your books around an eastern society?
G.R. Matthews Hey,

I've watched Kung Fu movies since I was a lad;Bruce Lee, Jackie Chan, Sammo Hung, Jet Li, Donnie Yen (< he is in the first book as a kind of nod, …moreHey,

I've watched Kung Fu movies since I was a lad;Bruce Lee, Jackie Chan, Sammo Hung, Jet Li, Donnie Yen (< he is in the first book as a kind of nod, just spelled the name slightly differently). I studied Kung Fu for a bit as a lad, and some Judo.

But, more than that, Europe has been explored by so many fantasy authors in the past and now. We are comfortable with it, we know the tropes, the standards, the structures of its society... it is all so normal.

I wanted to write something a little different, even if I follow a similar structure of story. The different culture, the different foods, tastes and scenery all make it more interesting for me to write.

It is a kind of niche (did myself out of thousands of sales that way) that is explored too little... I wanted to discover a new country, a new society.

I hope I did it some justice!(less)
flag
See all 5 answers from G.R. Matthews…

A little blog post with some lovely photographs for Seven Deaths of an Empire all about signing and forgetting how to spell my own name!

G.R. Matthews is currently reading
The Power of Geography : Ten Maps That Reveal the Future of Our World
by Tim Marshall
bookshelves: currently-reading

G.R. Matthews is currently reading
We Men of Ash and Shadow (The Vanguard Chronicles, #1)
by H.L.Tinsley (Goodreads Author)
bookshelves: currently-reading

“Stubborness isn't a choice, it's a way of life.”
― G.R. Matthews, Nothing Is Ever Simple
12 likes
Like

“I think the measure of advancement depends on where you are stood and from what distance you look. A thousand years ago, we farmed the fields, built towns and defended our land with swords and spears. It is little different now, save for the number of people we have to protect. We still kill with a sharp edge or point of metal, blood runs red still, sons ride off to war and parents grieve. If you look at the Empire in its whole, then it is peaceful. If you look closely, you will see the small wars, the bandits and rebellions. Look more closely still and you’ll see the petty crimes, the struggle to survive, the rich bleeding the poor. Even the soil can turn against its farmers, yielding few crops. Or the weather, a late frost killing the early crops. There is strife and conflict everywhere in the Empire. Everywhere you find men, you find conflict.”
― G R Matthews
tags: advancement, blue-mountain, evolution, fantasy, knowledge-wisdom, magic, power
10 likes
Like

“The fear receded. It didn't disappear. It lurked in the shadows, its claws hooking into passing thoughts and twisting them, turning them from their purpose to its own. He held it back. It was the hardest fight of his life.”
― G.R. Matthews, The Red Plains
7 likes
Like

“We're living in momentous times, Garion. The events of a thousand years and more have all focused on these very days. The world, I'm told, is like that. Centuries pass when nothing happens, and then in a few short years events of such tremendous importance take place that the world is never the same again."
I think that if I had my choice, I'd prefer one of those quiet centuries," Garion said glumly.
Oh, no," Silk said, his lips drawing back in a ferretlike grin. "Now's the time to be alive - to see it all happen, to be a part of it. That makes the blood race, and each breath is an adventure.”
― David Eddings, Pawn of Prophecy
tags: climactic-times, fantasy
120 likes
Like

“Could you penetrate this palace, Prince Kheldar?" King Anheg challenged.
"I already have, your Majesty," Silk said modestly, "a dozen times or more."
Anheg looked at Rhodar with one raised eyebrow.
Rhodar coughed slightly. "It was some time ago, Anheg. Nothing serious. I was just curious about something, that's all."
"All you had to do was ask," Anheg said in a slightly injured tone.
"I didn't want to bother you," Rhodar said with a shrug. "Besides, it's more fun to do it the other way.”
― David Eddings, Pawn of Prophecy
68 likes
Like

“But there's a world beyond what we can see and touch, and that world lives by its own laws. What may be impossible in this very ordinary world is very possible there, and sometimes the boundaries between the two worlds disappear, and then who can say what is possible and impossible?”
― David Eddings, Pawn of Prophecy
62 likes
Like

“The first thing the boy Garion remembered was the kitchen at Faldor's farm. For all the rest of his life he had a special warm feeling for kitchens and those peculiar sounds and smells that seemed somehow to combine into a bustling seriousness that had to do with love and food and comfort and security and, above all, home. No matter how high Garion rose in life, he never forgot that all his memories began in that kitchen.”
― David Eddings, Pawn of Prophecy
27 likes
Like