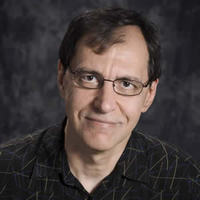 · 16,202 ratings · 2,037 reviews · 162 distinct works • Similar authors
More books by John Kessel…
Quotes by John Kessel  (?)
Quotes are added by the Goodreads community and are not verified by Goodreads. (Learn more)
“If the weakness of mainstream fiction is its deliberate smallness, the weakness of sf is its puffed-up size, its gauzy immensities. SF often pays so much attention to cosmic ideas that the story's surface is vague. Too much sf suffers from a lack of tangible reality. Muzzy settings, generic characters concocted merely for the sake of the idea, improbable action plots tidily wrapped up at the end. Too much preaching, not enough concrete, credible detail. An sf writer can get published without mastering certain things that most mainstream writers can’t evade: evocative prose style, naturalistic dialogue, attention to detail. Refraining from editorializing, over-explaining, or pat resolutions. To us, the contents of The Best American Short Stories seem paltry and timebound. To them, the contents of Asimov’s are overblown and underrealized.

It’s no wonder that sf never makes the Ravenel collection. SF is habitually strong in areas considered unessential to good mainstream fiction, and weak in those areas that are considered essential. It doesn't matter that to the sf reader most contemporary fiction is so interested in "how things really are" in tight focus that it missed "how things really are" in the big picture.

SF’s different standards make it invisible to mainstream readers, not in the literal way of H.G. Wells's invisible man, but in the cultural way of Ralph Ellison's. It's not that they can’t see us, it's that they don't know what to make of what they see. What they don't know about sf, and worse still, what they think they do know, make it impossible for them to appreciate our virtues. We are like a Harlem poet attempting to find a seat at the Algonquin round table in 1925. Our clothes are outlandish . Our accent is uncouth. The subjects we are interested in are uninteresting or incomprehensible. Our history and culture are unknown. Our reasons for being there are inadmissible. The result is embarrassment, condescension, or silence.”
― John Kessel
2 likes
Like

“But that was the nature of love: one did not offer it with any assurance that it would change the world, even if in the end it was the only thing that could.”
― John Kessel, Pride and Prometheus
tags: love
1 likes
Like

“Is Shimmer a floor wax or a dessert topping? Is an electron a wave or a particle? Slipstream tells us that the answer is yes.”
― James Patrick Kelly John Kessel, Feeling Very Strange: The Slipstream Anthology
tags: literature, magical-realism, slipstream
0 likes
Like