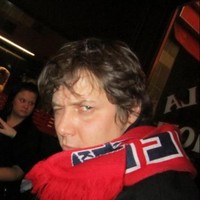 Born
in Helsinki, Finland
Website
http://teropa.info
Twitter
teropa
Genre
Nonfiction, Ebooks
Member Since
February 2012
URL
https://www.goodreads.com/teropa
edit data
Tero Parviainen is an independent software maker with 12 years of enterprise-grade yak shaving under the belt. During this time he has worn many different hats, ranging from consultant to startup CTO. His weapons of choice are JavaScript, Clojure, Ruby, and Java.

Tero is the creator and organizer of the Clojure Cup programming competition and author of two books: The self-published "Build Your Own AngularJS" and "Real-time Web Application Development with Vert.x" from Packt Publishing.

Terry Riley's "In C" - A Journey Through a Musical Possibility Space

In early 2015 I came across a piece of music that was unlike anything I'd ever heard before. It was called "Africa Express Presents: Terry Riley's In C Mali," which didn't ring any bells for me at the time, though it involved a number of musicians I like, including Brian Eno.

When I hit "play," I was surrounded by a cloud of music that seemed to contradict itself at every turn as if it was in a

Tero Parviainen is currently reading
The Mind is Flat: The Illusion of Mental Depth and The Improvised Mind
by Nick Chater
bookshelves: currently-reading

Tero Parviainen is currently reading
On the Nature of the Psyche
by C.G. Jung
bookshelves: currently-reading