,
Discover new books on Goodreads
See if your friends have read any of Jennifer Dawson's books 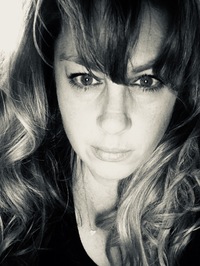 Jennifer Dawson grew up in the suburbs of Chicago and graduated from DePaul University with a degree in psychology. She met her husband at the public library while they were studying. To this day she still maintains she was NOT checking him out. Now, over twenty years later, they’re married and living in a suburb right outside of Chicago with two awesome kids and a crazy dog.

Despite going through a light FM, poem writing phase in high school, Jennifer never grew up wanting to be a writer (she had more practical aspirations of being an international super spy). T Jennifer Dawson is the author of the popular Something New series, spicy, small town romance released with Kensington, and pens the dark and edgy contemporary romance series Undone.

Jennifer Dawson grew up in the suburbs of Chicago and graduated from DePaul University with a degree in psychology. She met her husband at the public library while they were studying. To this day she still maintains she was NOT checking him out. Now, over twenty years later, they’re married and living in a suburb right outside of Chicago with two awesome kids and a crazy dog.

Despite going through a light FM, poem writing phase in high school, Jennifer never grew up wanting to be a writer (she had more practical aspirations of being an international super spy). Then one day, suffering from boredom and disgruntled with a book she’d been reading, she decided to put pen to paper. The rest, as they say, is history.

These days Jennifer can be found sitting behind her computer, writing her next novel, chasing after her kids, keeping an ever watchful eye on her ever growing to-do list, and NOT checking out her husband.
Sign up for monthly Newsletter for exclusive insider peeks, new release information and more. https://www.jenniferdawsonauthor.com/... ...more 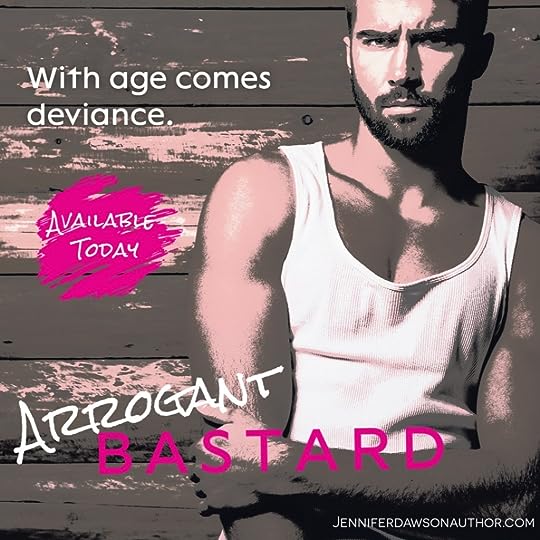 It’s time for Caden and Kat’s story. This is the second standalone contemporary romance in the Bastard series. 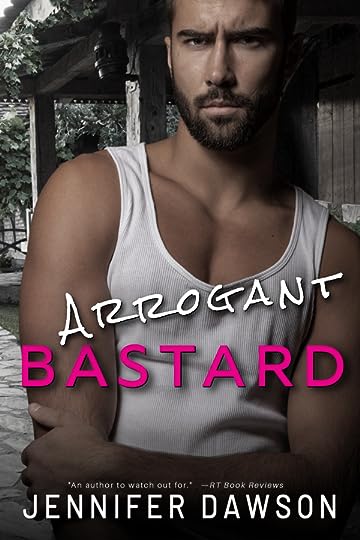 I’m Cat McKay, and I’m in desperate need of a man.

My farm manager deserted me six weeks before our grand opening that will help put my family’s business on the map. Now I need to find a replacement because I’m not about to be the reason we fail. Unfortunately, Caden Landry— wh

More of Jennifer's books…
Quotes by Jennifer Dawson  (?)
Quotes are added by the Goodreads community and are not verified by Goodreads. (Learn more)
“The phone was snatched from her grasp. She let out a screech, her fingers clasping at air. “Hey! Give that back.” Gracie slipped it down the V of her tank and into her ample cleavage. “Come and get it.” Billy plopped down on a vacant stool, eyes bugging out of his head. Maddie stared at Gracie’s chest and contemplated. She could stick her hand down a woman’s top. It was no big deal—just skin, for God’s sake. She jumped off the stool and straightened to her full five-foot-three inches. “What is wrong with calling him?” “It’s a girlfriend’s responsibility to stop her friend from the dreaded drunk dial.” Maddie scowled. She was not drunk dialing! “Telling him where I am isn’t a crime.” Gracie planted her hands on her hips. “Sorry, honey. I’m doing this for your own good.” “You don’t understand.” Maddie picked up her drink and took a slow sip. Her gaze was fixed on the stretch of fabric across Gracie’s ample chest. She wanted that phone, and with way too many margaritas in her system, she wasn’t above groping another woman to get it. “I’m getting that phone.” Billy’s mouth dropped open, and Maddie was surprised no drool hung down his chin like a rabid dog’s. “You’ll thank me later.” Gracie didn’t appear the least bit threatened. If anything, she thrust her breasts out farther, as though daring Maddie to come and get it. “Give it to me!” Maddie stomped her foot. “Like I said, come and get it.” Gracie batted her thick lashes, cornflower-blue eyes sparkling. She tucked her hand into her top and shoved it lower into her bra. “All right, but remember, I know how to fight.” Gracie laughed and Billy whooped like he’d hit the jackpot. Maddie charged. Gracie’s eyes widened in surprise, and she let out a holler, crossing her arms over her chest for protection. Maddie refused to be thwarted. She squeezed her lids together so she wouldn’t have to look and flung her hands out, praying she’d get hold of something. When her palm brushed against soft, pillowy cotton, she squealed. Pay dirt. “Maddie!” Gracie grabbed her hand, twisting her body to block Maddie’s progress. “That’s my boob!” Maddie reached again and this time her hand curled around the cotton neckline. She pulled, squirming down the deep V of the top. Her fingers brushed the phone and a surge of adrenaline pounded through her. “Now, why doesn’t this surprise me?” Mitch’s voice made her knees go weak. Before she could swing around, she was hauled against his warm, strong body. She sagged in relief. He’d come for her after all. “You girls are giving everyone quite a show.” Charlie stood next to Mitch, looking lethal in all black. Maddie could picture him with an FBI armband over his bicep. Wait . . . was that the FBI? Or was it SWAT? “With all these disappointed faces, I’m sorry we broke them up.” Mitch’s tone rang with amusement, and Maddie realized it had been too long since she’d heard him sound like that. “I wanted to call you, but she wouldn’t let me.” Her pulse raced from her girl fight and the buzz of tequila. His palm spread wide over the expanse of her stomach, his thumb brushing the bottom of her breast. “Well, here I am.” “See!” Gracie pointed and shook her hips in a little booty dance. “I told you so!” Yes,”
― Jennifer Dawson, Take a Chance on Me
1 likes
Like

“What exactly do you think you’re doing?” Hell if he knew. Mitch was in pure reaction mode—the words “keep her” pounded in his brain like a mantra, refusing to be ignored.”
― Jennifer Dawson, Take a Chance on Me
0 likes
Like

“Just remember what happened the last time you went after an unavailable woman.” As if Mitch could forget. He spoke through gritted teeth. “It’s not like that.” Charlie shrugged. “It’s close enough to be cousins.” A hot poker of anger jabbed in his stomach. “It’s not remotely the same.” “You have a thing for unavailable women,” Charlie said, his expression as flat as his tone. “And Maddie, as cute as she is, fits the bill.” “I don’t have a thing for unavailable women,” Mitch insisted. Charlie’s mouth firmed into a hard line. “Do I need to give you a list?” A completely irrational, stubborn defiance had Mitch clenching his beer bottle hard enough to shatter. “I know who I’ve slept with, and this isn’t the same. Maddie’s not married.” “A technicality,” Charlie said. “I know what I’m doing.” What a joke. He didn’t have a clue. Charlie put his own bottle down and rested his hand on the counter. “The last time you knew what you were doing, you went down in a blaze.” The reminder was like an uppercut to the jaw. This wasn’t the same. Besides, he had nothing left to lose. He leveled Charlie with a hard-eyed stare. “Do you really want to start comparing fuck-ups?” Their mutual history covered a lot of sordid ground. “Hey,” Gracie said sharply before Charlie could answer. “Let’s not start rehashing the past. We like Maddie. We just don’t want to you to get hurt.” “Don’t be dramatic. It’s a couple days.” How much damage could she do? It wasn’t like he was getting attached. He just wanted to keep her for a little while. Was that so wrong? Sam sat forward, resting his elbows on the worn table. “Save your breath, he’s a goner.” “I am not,” Mitch said. “And why is this any of your business?” Charlie’s expression darkened, his mouth firming into a hard line. Mitch ground out, “Leave it. Alone.” Charlie gave him the look he used to intimidate criminals, and Mitch took a sip of beer with a laziness he didn’t even come close to feeling. “Stop it,” Gracie said, poking her friend-with-benefits in the ribs. “He’s being an idiot,” Charlie said, and the stubborn set of his jaw made Mitch want to take a swing at him. He put down the bottle and cracked his knuckles. Actually, violence sounded damned good. Gracie’s”
― Jennifer Dawson, Take a Chance on Me
0 likes
Like