,
Discover new books on Goodreads
See if your friends have read any of Joanne Guidoccio's books 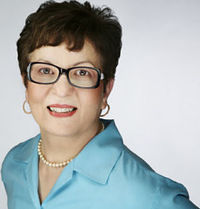 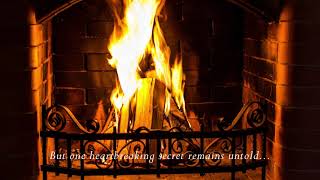 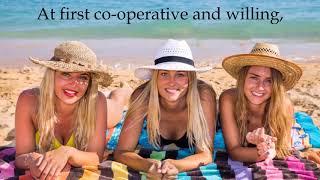 A member of Crime Writers of Canada, Sisters in Crime, and Women's Fiction Writers Association, Joanne writes cozy mysteries, paranormal romance, and inspirational literature from her home base of Guelph, Ontario.

A woman of great passion and intelligence, Madeleine Albright served as the first female Secretary of State in American history. During her tenure (1997- 2001), she worked to advance human rights, curb nuclear weapons, enlarge NATO, and mend Arab-Israeli relations. A fierce advocate for democracy, she received many awards and accolades, including the Presidential Medal of Freedom.

Joanne Guidoccio is currently reading
Where the Grass Is Green and the Girls Are Pretty
by Lauren Weisberger
bookshelves: currently-reading

More of Joanne's books…
Quotes by Joanne Guidoccio  (?)
Quotes are added by the Goodreads community and are not verified by Goodreads. (Learn more)
“Your path will diverge for a while, but do not let that worry you. You have known difficulty before, but you will survive and thrive.”
― Joanne Guidoccio, Between Land and Sea
7 likes
Like

“You must take responsibility for your own life and make full use of your gifts.”
― Joanne Guidoccio, Between Land and Sea
5 likes
Like

“Your life has turned out the way it has for a reason. And now, you need to unearth that purpose and use it for your own good and the greater good.”
― Joanne Guidoccio, Between Land and Sea
4 likes
Like

“What now is not just a panic-stricken question tossed into a dark unknown. What now can also be our joy. It is a declaration of possibility, of promise, of chance. It acknowledges that our future is open, that we may well do more than anyone expected of us, that at every point in our development we are still striving to grow.”
― Ann Patchett, What Now?
8 likes
Like

“Be the change that you wish to see in the world.”
― Mahatma Gandhi
tags: action, change, inspirational, misattributed-to-gandhi, philosophy, wish
111084 likes
Like

GOOD REVIEWS — 7968 members — last activity Aug 07, 2022 11:21AM
This Group is only for authors who are looking for reviews and Reviewers who love to read books and share their reviews.

HarperCollins Canada Giveaways — 172 members — last activity Jan 25, 2013 05:21PM
We want to keep you all updated on our latest and greatest book giveaways!

Indie Cover Art — 167 members — last activity Apr 14, 2022 07:47AM
This is a place for Indie Authors to discuss their cover art woes, show it off or find some help if needed.
More of Joanne’s groups…

Thanks for your friendship. :-)

Thanks for the friendship, Joanne. It's great to meet you! :)

Hi Joanne
Thank you for friendship, if you want to know more about what we do check out beezeebooks.com
Wishing you every success.