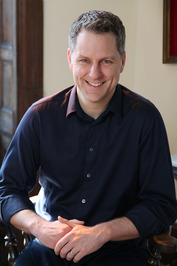 WSJ: Why Golf Can’t Catch a Break in China

China has nearly 1.4 billion people, but at most perhaps three million golfers, Gilligan said. New golf-course construction has technically been banned since 2004, and the country has less than 500 courses—compared with more than 14,000 in the U.S.


The sport has long been a symbol of Western excess in the minds of many Chinese, said Dan Washburn, author of “The Forbidden G

“Even today, the average rural family in Guizhou earns less than a hundred dollars a month – just 4,753 yuan ($780) a year.”
― Dan Washburn, The Forbidden Game: Golf and the Chinese Dream
0 likes
Like

“Parents here only view school as a way to avoid being illiterate. They don’t see education as a way to change their future and help them out of poverty.”
― Dan Washburn, The Forbidden Game: Golf and the Chinese Dream
0 likes
Like

“In 1935, a Fortune magazine piece profiled a day in the life of a typical Shanghai-based expatriate, or “Shanghailander”: “At noon you make your way to a club for a leisurely lunch and two cocktails… You return to your office. But at four-thirty you knock off again for a game of golf at the Shanghai Golf Club or the Hung-Jao Golf Club, both resembling the Westchester County variety except for the attendants in white nightgowns.”
― Dan Washburn, The Forbidden Game: Golf and the Chinese Dream
0 likes
Like