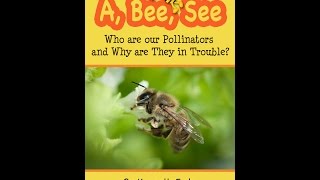 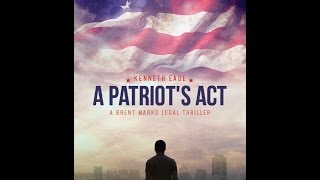 Says Eade of the comparisons, "Readers compare me in style to John Grisham and, although there are some similarities, because John also likes to craft a story around real topics and we are both lawyers, all of my novels are rooted in reality, not fantasy. I use fictional characters and situations to express factual and conceptual issues. Some use the term 'faction' to describe this style, and it is present in all my fictional works."

Eade has written eight novels, which are now in the process of being translated into ten languages. He is known to keep in touch with his readers, offering free books and discounts to all those who sign up at his web site, www.kennetheade.com.

Remember The Lincoln Lawyer? That legal thriller by Michael Connelly which introduced unconventional lawyer Mickey Haller? He’s back! And apparently because of John Grisham.

Grisham’s Rogue Lawyer is Sebastian Rudd, who works out of a van instead of an office, has a driver/bodyguard instead of a receptionist, an ex-wife and a kid, a problem with alcohol and with authority and the occasional brush u Read more of this blog post »
1 like · Like  •  3 comments  •  flag

“He didn’t see a man with hopes and dreams, with disappointments and accomplishments. All he saw in front of him was just another nigger.”
― Kenneth Eade, Unreasonable Force
tags: police, police-brutality, race, race-discrimination
9 likes
Like

“We are all alone in this world; even in a crowd.”
― Kenneth G. Eade, HOA Wire
tags: alone-in-a-crowd, loneliness
9 likes
Like

“Home was truly the best place he could possibly be, but, alas, was not an available option.”
― Kenneth Eade, Unreasonable Force
tags: coming-home, home, home-sweet-home, leaving-home
7 likes
Like

“We must learn that passively to accept an unjust system is to cooperate with that system, and thereby to become a participant in its evil.”
― Martin Luther King Jr.
tags: resistance
136 likes
Like

“If you knew when your last day of life was going to be, it was the best place to spend your last night on earth, because in Russia people party like tomorrow will never come.”
― Kenneth Eade, An Involuntary Spy
tags: espionage, gmo, russia, spies
1 likes
Like

“Society tends to stick labels on everything and everyone. The label that is given to you will stick with you for a lifetime.”
― Kenneth Eade, An Involuntary Spy
tags: espionage, political-thriller, spy, thriller
2 likes
Like

“Sometimes one man must fight for what he feels is right, even against the majority. Something that is wrong does not change to right just because the majority approves it, ignores it, or the government says it is right. It is still wrong.”
― Kenneth Eade, An Involuntary Spy
tags: espionage-thriller, political-thriller, thriller
2 likes
Like

“Genetic engineering was messy. To force a sequence of foreign DNA into a plant, you couldn’t just snip the desired gene from the bacteria and sew it on to the plant’s DNA sequence like an old woman working on a quilt.”
― Kenneth Eade
tags: espionage-thriller, political-thriller, thriller
1 likes
Like