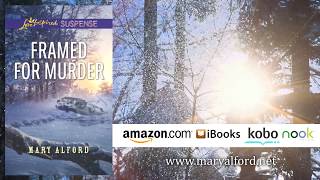 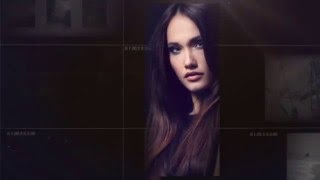 The Cost of Redemption (2 books)
by
Mary Alford (Goodreads Author)

Love on the Run (1 book)
by
Mary Alford (Goodreads Author)

“In his mind, it would be unimaginable to think someone you trusted with your life might betray you in such a deadly way.”
― Mary Alford, Standoff at Midnight Mountain
1 likes
Like

“glanced around the tree to get a good look at the vehicle. “That’s one of Hassanzai’s men from the warehouse.”  The passenger door opened and one of the men got out and eased toward their wrecked car with his weapon trained. She recognized him—the Caucasian man she’d seen at the warehouse.   “We should keep moving, Kaiden.” They headed deeper into the woods while Sidney pushed branches out of their way, her injured wrist throbbing with pain. “There’s no one here,” the Caucasian man standing near their car shouted to the driver. He spoke in the Afghanistan language of Pashto. Shock ripples charged through Sidney’s body. Who was this man? “Let’s find them.”  Where was their backup? Sidney tried to shut off her troubled thoughts and keep up the fast pace. They couldn’t be captured.  “Up ahead. I see them!” the same man yelled. Seconds later, a bombardment of bullets whizzed past their heads. Sidney hit the ground next to Kaiden. Both returned fire, forcing the man to retreat.  “Others will be coming. We have to get out of here. Now.” A second man announced with a thick accent. The man who fired on them didn’t budge. His partner turned and headed back toward their vehicle. After another second’s hesitation, he followed.  “We can’t let them get away,” Sidney said. “There’s a chance we might be able to convince them to talk.” She slipped from behind the tree coverage and aimed at the fleeing men. “Stop right there.” Both men whirled with weapons drawn. Kaiden opened fire forcing them to dive for cover. “Drop your guns,” Sidney ordered. “Put your hands in the air.” One of the men’s weapons peeked out”
― Mary Alford, Strike Force
0 likes
Like

Mary Alford
author of
Summer of...

Nicola Marsh
author of
My Sister...

Roxanne Rustand
author of
The Loner...

Lynette Eason
author of
Too Close...

Hi Mary! Thank you for friending me here on Goodreads. I wish I would have known sooner there was a place to chat like this. Anyway, all the best to you in 2017!

Hi Mary! :) Thanks so much for the friend request! :) Hope you're having an awesome week. :)