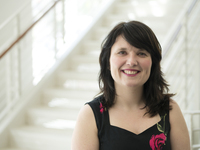 “To be truly radical is to make hope possible rather than despair convincing”
― Raymond Williams
tags: despair, hope, radical
84 likes

“You suffer from the oldest delusion in politics. You think you can change the world by talking to a leader. Leaders are the effects, not the causes of changes.”
― Alasdair Gray, Lanark
tags: politics
37 likes

“Art is not a mirror held up to reality
but a hammer with which to shape it.”
― Bertolt Brecht
1810 likes

“But to tear down a factory or to revolt against a government or to avoid repair of a motorcycle because it is a system is to attack effects rather than causes; and as long as the attack is upon effects only, no change is possible. The true system, the real system, is our present construction of systematic thought itself, rationality itself, and if a factory is torn down but the rationality which produced it is left standing, then that rationality will simply produce another factory. If a revolution destroys a systematic government, but the systematic patterns of thought that produced that government are left intact, then those patterns will repeat themselves in the succeeding government. There’s so much talk about the system. And so little understanding.”
― Robert M Pirsig, Zen and the Art of Motorcycle Maintenance: An Inquiry Into Values
173 likes

“As a result of his experiments he concluded that imitation was a real evil that had to be broken before real rhetoric teaching could begin. This imitation seemed to be an external compulsion. Little children didn’t have it. It seemed to come later on, possibly as a result of school itself.

That sounded right, and the more he thought about it the more right it sounded. Schools teach you to imitate. If you don’t imitate what the teacher wants you get a bad grade. Here, in college, it was more sophisticated, of course; you were supposed to imitate the teacher in such a way as to convince the teacher you were not imitating, but taking the essence of the instruction and going ahead with it on your own. That got you A’s. Originality on the other hand could get you anything – from A to F. The whole grading system cautioned against it.”
― Robert M. Pirsig, Zen and the Art of Motorcycle Maintenance: An Inquiry Into Values