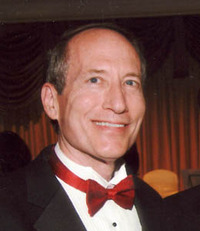 Born
Batavia, New York, The United States
Website
http://www.sanfordholst.com/
Genre
Nonfiction, History
Member Since
August 2012
edit data
Sanford Holst is a historian whose books bring the ancient Mediterranean to life. He wrote Amazon’s #1 book on the Phoenicians, and his latest work is an extraordinary exploration of the golden age of Greece. He also documented the connection between Solomon’s Temple and the Knights Templar. His published research and talks at universities around the world resulted in his being elected to the prestigious Royal Historical Society. He has explored archives and historic sites all across the Mediterranean and benefited from the work of many local experts. His informative websites are read by more than half a million people each year.

“The only time one could have seen two Templar knights on a single horse would have been when they were returning from the battlefield. If one knight’s horse died in battle, and the man faced imminent death on foot with the enemy on every side, no other knight was allowed to leave the field of battle. The nearest knight was obliged by stubborn honor to fly to the aid of his brother, no matter the cost. I believe it is that loyal knight, having rescued his brother, whom we see returning after battle with his fellow knight seated behind. That was the symbol of the Templars. To them, it embodied their pride, their honor, and lifelong bonds of brotherhood. The Templar Rule and culture seems to have so strongly permeated every aspect of their life that it imbued each white knight, green cleric, and brown-clad servingman with this indelible sense of brotherhood. Among the Templars. the punishment for failing to live up to those standards was swift and clear. Suffice it to say that the average person of that day seemed unable”
― Sanford Holst, Sworn in Secret: Freemasonry and the Knights Templar
1 likes
Like

“The flag that Templar knights carried into battle was called the Beauceant, and consisted of two panels, one black and one white. As we have seen, the Templars were also known for collecting relics—primarily bones—of Christian saints while they were in the Holy Land. One of their most treasured relics was said to be the skull of St. Euphemia, which was displayed in ceremonies with her two crossed leg bones. Some have argued that the bones were not those of St. Euphemia, but it is now widely accepted that the Templars revered the skull and crossed bones of some deceased donor during their private ceremonies.”
― Sanford Holst, Sworn in Secret: Freemasonry and the Knights Templar
1 likes
Like

“The Knights Templar have been customarily described as holding large estates that were well-known to the people of their day. Certainly there were many such estates. However it was also true that many of their holdings were much smaller and less well-known. These latter properties also changed hands frequently, making ownership unclear even to their neighbors. Malcolm Barber, a well-respected chronicler of the Templars, noted that: …the Order was not simply a passive recipient of donations, but an active agent in the land market, buying, selling and exchanging property on a considerable scale.[135]”
― Sanford Holst, Sworn in Secret: Freemasonry and the Knights Templar
1 likes
Like