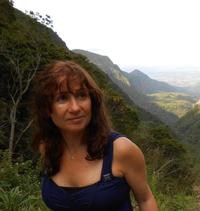 Notes about EROS in old and older texts

EROS From Companion to Literary Myths, Heroes and Archetypes 412- Ann-Deborah Levy“Eros is one of the divinities in the Greek pantheon who features most prominently in literature.” Painters and poets have developed his mythical figure. This figure has a strange duality: 1. The image of the young god of love. Imposed over: 2. The ancient abstract force of desire. First appeared in Hesiod’s Th Read more of this blog post »
View more on Avital Gad-Cykman's website »
Like  •  0 comments  •  flag

“It's still a mystery to me exactly how I learned the language. [But] I was 19 years old and I had very urgent things to tell girls.”
― Andrei Codrescu
14 likes

“Home is where somebody notices when you are no longer there. ”
― Aleksandar Hemon, The Lazarus Project
tags: home, life
232 likes

Margaret Atwood
author of
The Handm...

Elena Ferrante
author of
My Brilli...

Thanks, Emily! I´ll have a look at yours too.
Cheers,
Avital

Emily wrote: "Hey Avital,
Thank you for the friendship. I find your reading list very exciting, and I am going to go search for some of your writing.

Hey Avital,
Thank you for the friendship. I find your reading list very exciting, and I am going to go search for some of your writing.

Get yourself an Author Page from GoodReads, Avital.

I want to apologize for the all the recommendations from me today. I wanted to share the Stoker Award news, and I only pressed the send button once--I'm not sure what happened to create so many messages. Some weird glitch.

P.S.—I’m currently offering autographed/personally-inscribed copies of my novel, Vacation, with free shipping for those in the US. If there’s anything you could do to help me spread the word about this, I’d really appreciate it. Feel free to click here for details:
http://hauntedhousedressing.com/signe...

Thanks for the friendship, Avital!

If you don't mind sharing--I'm curious, what's your favorite novel(if you have one)?

Also, I was wondering if you'd do me the honor of reading about my debut novel, Vacation. Your support would mean a lot to me. If you'd like to do me this honor, feel free to click here:
http://www.hauntedhousedressing.com/v...

Thank you for connecting with me here at GoodReads. If you care to showcase some of your writings at Creative Thinkers International, please feel free to do so at http://www.creativeinternationalintl....

I see you are reading about quantum mechanics, Avital. I'll send you a link to my new book on that. I've been to Lisbon but never to Brazil. The best of luck to you, Avital.

Laid back reading a book, always a good time. =)

Hello, hello! I knew you won't stay away for long...