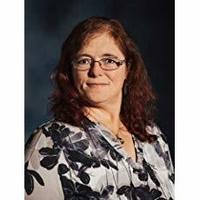 Half the population of the country died or emigrated during that time, and the country still isn't up to the previous population, 150 years later. I thought it might be interesting to follow someone who did the opposite journey, traveling TO Ireland during this time. Someone privileged, perhaps spoiled, expecting a pleasant journey and a quick resolution to her little quest. (less)
flag

“I have always wanted to Travel, either here in this time or in history. To absorb the realities of other people, cultures, and mores. To be someone else, even for a little bit. That’s always been my dream.”
― Christy Nicholas, Time Tourist Outfitters, Ltd.
0 likes
Like

“Whenever women have insisted on absolute equality with men, they have invariably wound up with the dirty end of the stick. What they are and what they can do makes them superior to men, and their proper tactic is to demand special privileges, all the traffic will bear. They should never settle merely for equality. For women, "equality" is a disaster.”
― Robert A. Heinlein
203 likes
Like

“I heard you went to Ireland...I haven't seen it in many years. Is it still green then, and beautiful?

Wet as a bath sponge and mud to the knees but, aye, it was green enough.”
― Diana Gabaldon, The Scottish Prisoner
tags: humour, ireland
26 likes
Like

“I don't want whatever I want. Nobody does. Not really. What kind of fun would it be if I just got everything I ever wanted just like that, and it didn't mean anything? What then?”
― Neil Gaiman, Coraline
tags: desires, fun, want
2205 likes
Like

“So, why do you write these strong female characters?

Because you’re still asking me that question."

“Melody began to mumble incomprehensibly under her breath as she worked frantically on securing her most important papers into bankers boxes.
Her father stomped into her room, eating a banana.
Melody looked up at him with a sweaty and nauseated look on her face. “What are you tramping around so heavily about?” she asked him.
Bernie finished the last of the banana, and then held the peel in his hand as though it were a washcloth he had just found on the floor of a gym locker room.
Melody pointed to her trashcan with her eyes.
“I make an insane amount of noise when I approach you, because you once yelled at me claiming that I was 'sneaking up on you',” Bernie replied, using finger quotes on the last phrase. “That kind of treatment stays with a guy.”
Melody shook her head. Her father knew how much she hated finger quotes. Why he insisted on using them was beyond her. “I was five at the time”, she said.
“Ah,” Bernie said, with a knowing grin on his face. “The angry period.”
― B.M.B. Johnson, Melody Jackson v. the Hound from Hell It happened on Lafayette Street Season One
tags: horror-fantasy, humor, urban-fantasy
32 likes
Like

Thanks for adding us.

Here are a few more ways to connect to our network.