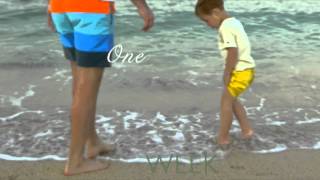 She lives in London, Ontario and is currently chugging Americanos, wiping sticky fingers, and dreaming of heroes in and out of uniform.

Below is the second chapter of Reckless at Heart! If you missed chapter one, you can click here to read it first.

Kerry Humphrey had been looking forward to this afternoon for a solid week. She was on her way to Pine Harbour to see a new clinic space. She slowed down as her GPS warned her that the turn off the highway was coming up on the left. In the two years she’d been wo

“Of course there had been clues. A bite of the lip. An indrawn breath. Wrinkled brows and shrugged shoulders. A few false starts at conversations about work and balance, but the real alarms should have gone off when all of that faded.
Silence chilled like nothing else.”
― Zoe York, Between Then and Now
tags: marriage-in-trouble, romance, second-chances
6 likes
Like

“If she’d had any doubts he was a real deal country boy, they disappeared when he unabashedly stripped down to nothing—the sun had kissed his arms to mid-bicep, although his torso wasn’t without a faint tan. She’d thought lazily that maybe he had a pond. She’d like to go skinny dipping with him. Leap onto his back and wrap her legs around his lean hips. Hold on to his broad shoulders and press her naked breasts into his back and drift into the cool water together.
As he opened his button-fly jeans, revealing snug briefs underneath, she’d whispered for him to stop. He was hard and sinewy in all the right places, with shadows and valleys she wanted to explore with her mouth and hands and eyes, but her touch first went to the line where dark faded to light on his arm, neatly following the curve of his muscles. “Nice farmer’s tan.”
― Zoe York, Between Then and Now
tags: cowboy, memory, romance
5 likes
Like

“What are you, some kind of superhero?” “Nah, I’m just a guy who sometimes kicks ass for Uncle Sam.” “Okay,” she whispered. “So…just so you know, that’s superhero material in my book.”
― Zoe York, Fall Away
4 likes
Like

“Fuck, this is gonna piss you off and then you aren’t gonna let me stick my dick in you,” he muttered.
“Do you have to be so crude?” I snapped.
“Have you met me?”
“Who says I’d let you do it anyway?”
“Babe,” he replied in a low, rough voice, raising his eyebrow at me.”
― Joanna Wylde, Reaper's Property

“Where did that flashlight come from?" Chloe asked.
"My purse."
Chloe looked at Tara. "She carries a flashlight in her purse."
"For emergencies," Maddie said, trying to see into the yard.
"You have any chocolate?" Chloe asked hopefully. "For emergencies?"
"Of course. Side Pocket, next to the fork.”
― Jill Shalvis, Simply Irresistible

“There weren't any promises of a future life together, either, but he didn't need to live like a monk anymore. Two years was more than enough time for soul-searching and penance. As long as Laney was close enough to touch, to breath in, to taste like his goddamn last meal, he would take whatever she offered and not ask any questions about what it might cost him when she inevitably left.”
― Zoe York, What Once Was Perfect
tags: heartache, romance, sexy
4 likes
Like

Lexi Ryan
author of
Unbreak Me

Thanks for accepting, Lisa Kay! I love the groups you are in, I've joined some. :)

Thanks for the friend-invite, Zoe!