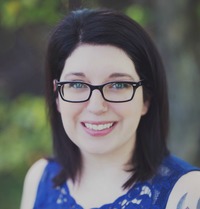 Website
http://www.jadeeby.com
Twitter
jade_eby
Genre
Contemporary, Romance, Fiction
Influences
John Green, Tracey Garvis-Graves, Jodi Picoult John Green, Tracey Garvis-Graves, Jodi Picoult ...more
Member Since
July 2011
URL
https://www.goodreads.com/jeby
edit data
Once upon a time there was a little girl who fell in love with books then she grew up to write her own.

Just checking but I only show "things we never say" that you sent out has only gone up to chapter 13. Am I right or have I missed out on the rest of the chapters? I am really enjoying this story. Thanks.
Jade Eby Hi Andrea,

You are correct. Only 13 chapters went out, so you're not missing anything. At the moment - it's on standstill due to some personal and prof…moreHi Andrea,

You are correct. Only 13 chapters went out, so you're not missing anything. At the moment - it's on standstill due to some personal and professional reasons! I will send out a newsletter when it resumes! Thanks for asking.(less)
flag
View 1 comment
See 1 answer from Jade Eby…

JOIN ME FOR THE IMAGINE OTHER WORLD WITH AUTHORS BOOK SIGNING EVENT! 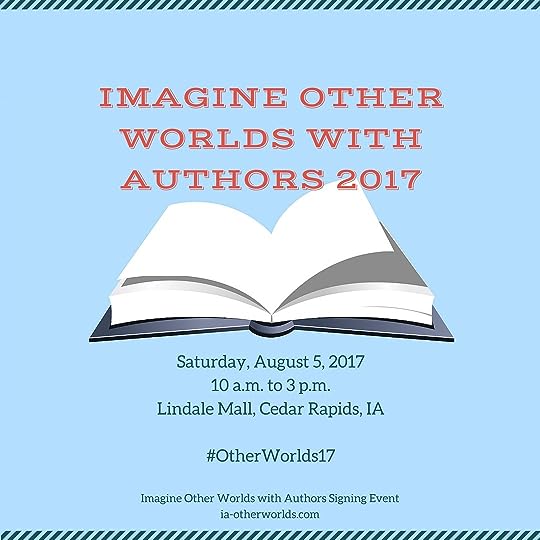 Let's Go to the Mall

Join me and over other 30 other authors from MULTIPLE GENRES at Lindale Mall in Cedar Rapids, IA on Saturday, August 5, 2017 from 10 am to 3 pm. We will be gathering at the Mall to meet readers and sign books. I hope you can visiting the web site.

Back to Bad (5 books)
by
Jade Eby (Goodreads Author)

Jade Eby is currently reading
Bullies, Bastards And Bitches: How To Write The Bad Guys Of Fiction
by Jessica Page Morrell
bookshelves: currently-reading

More of Jade's books…
Quotes by Jade Eby  (?)
Quotes are added by the Goodreads community and are not verified by Goodreads. (Learn more)
“I’ve just been newly widowed.” “So you’re single.”
― Jade Eby, Cupid
3 likes
Like

“I'm being nice to you because it's what a human being deserves. I'm sorry if that bothers you.”
― Jade Eby, The Finish
0 likes
Like

“That's the thing about people who want to be invisible, they always know one of their kind.”
― Jade Eby, The Finish
0 likes
Like

“Sometimes, you read a book and it fills you with this weird evangelical zeal, and you become convinced that the shattered world will never be put back together unless and until all living humans read the book. And then there are books like An Imperial Affliction, which you can't tell people about, books so special and rare and yours that advertising your affection feels like betrayal”
― John Green, The Fault in Our Stars
tags: books, john-green, reading, the-fault-in-our-stars
3983 likes
Like

“Some infinities are bigger than other infinities.”
― John Green, The Fault in Our Stars
tags: infinity, john-green, life, tfios, the-fault-in-our-stars
21121 likes
Like

“Augustus Waters was a self-aggrandizing bastard. But we forgive him. We forgive him not because he had a heart as figuratively good as his literal one sucked, or because he knew more about how to hold a cigarette than any nonsmoker in history, or because he got eighteen years when he should've gotten more.'
'Seventeen,' Gus corrected.
'I'm assuming you've got some time, you interupting bastard.
'I'm telling you,' Isaac continued, 'Augustus Waters talked so much that he'd interupt you at his own funeral. And he was pretentious: Sweet Jesus Christ, that kid never took a piss without pondering the abundant metaphorical resonances of human waste production. And he was vain: I do not believe I have ever met a more physically attractive person who was more acutely aware of his own physical attractiveness.
'But I will say this: When the scientists of the future show up at my house with robot eyes and they tell me to try them on, I will tell the scientists to screw off, because I do not want to see a world without him.'
I was kind of crying by then.”
― John Green, The Fault in Our Stars
tags: john-green, tfios, the-fault-in-our-stars
7646 likes
Like

“But it is the nature of stars to cross, and never was Shakespeare more wrong than when he has Cassius note, ‘The fault, dear Brutus, is not in our stars / But in ourselves.”
― John Green, The Fault in Our Stars
tags: tfios, the-fault-in-our-stars
3257 likes
Like

“It's a metaphor, see: You put the killing thing right between your teeth, but you don't give it the power to do its killing.”
― John Green, The Fault in Our Stars
tags: john-green, the-fault-in-our-stars
5794 likes
Like

Glad you liked my review! Thanks for adding me as a friend, Jade. :)