Discover new books on Goodreads
See if your friends have read any of N.M. Silber's books 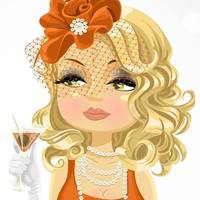 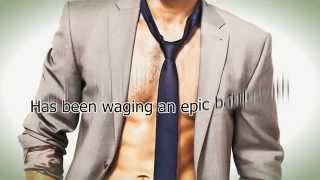 “How could you not have told me that Sarah is gay?” I pounce on Adam as soon as he crosses the threshold. “She comes out at the first Roth family holiday party that I ever miss and nobody mentions it to me afterwards? Three people remembered to report that Aunt Trudy had her gallstones out. ”

“I thought you knew like everybody else!” he answers, defensively.

“Did you ever see Sara

“I want more than a one-nighter with a meal plan.”
― N.M. Silber, The Law of Attraction
39 likes
Like

“I was incapable of producing
anything coherent at the moment so
rather than throwing out some witty
banter in response I said something like
“Ohgaahaad” instead. Feel free to quote
me.”
― N.M. Silber, The Law of Attraction

“If I say it, will you say it too?" I asked, swallowing hard, even though my mouth was dry. I willed him silently not to joke around or say anything that could hurt me.

"Yes, but I need to hear you say it first," he answered with a voice filled with tension.

"What are you, four? Why can't we just say it at the same time?" I asked, panicking.

"Because that's stupid. And when I was four, I said it by licking your Fruit Roll-Up. Why can't you just say it? Don't you trust me?"

"Why do you always get to decide who does what? I let you lift, and I wiped!"

"You're comparing us declaring our love for each other to wiping a baby's ass?!"

"Ah Ha! You said it!" I announced victoriously.

"I did not! I was saying it generally! That's different than saying it!"

"You said 'declaring our love'!"

"That's different than saying 'I love you'!"

“Tell him I was too fucking busy-- or vice versa.”
― Dorothy Parker
tags: wordplay
1211 likes
Like

“When you're in jail, a good friend will be trying to bail you out. A best friend will be in the cell next to you saying, 'Damn, that was fun'.”
― Groucho Marx
tags: friends, humor, jail
9992 likes
Like

“The first thing I do in the morning is brush my teeth and sharpen my tongue.”
― Dorothy Parker
1950 likes
Like

“A drunk was in front of a judge. The judge says "You've been brought here for drinking." The drunk says "Okay, let's get started.”
― Henny Youngman
26 likes
Like

Bill Bryson
author of
A Walk in...

Dorothy Parker
author of
The Porta...

Thanks for including me among your friends, Nadine!

No problem:) Thanks! You too!