Discover new books on Goodreads
See if your friends have read any of Stephen R. Stober's books 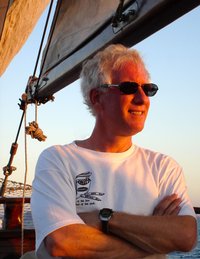 Website
http://www.stephenrstoberbooks.com
Genre
Thriller, Fiction, Science Fiction
Member Since
May 2013
URL
https://www.goodreads.com/stephenrstober
edit data
Stephen R. Stober, Ph.D. has a background in psychology, aerospace and healthcare. He is currently a business owner in Toronto and shares his life with his wife, his two daughters and their dog. Steve has published a number of articles in peer reviewed scientific journals on subjects related to human visual physiology and perception, including the American Journal of Psychology. JUMP is his first novel.

Continuing from last week, here's the second installment on the theme of abduction that runs throughout JUMP.

We passed one building, which, when described affected me as much as anything I had ever heard. As I was told to look at this particular building, it was explained that the building housed the emperor’s ‘concubines’. The voice projected in my head described how the emperor’s militias would Read more of this blog post »
Like  •  0 comments  •  flag