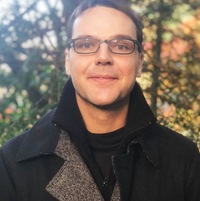 Born
in Calpe, Spain
Website
http://www.hectorgarcia.org
Twitter
hectorgarciaorg
Genre
Nonfiction
Member Since
March 2013
edit data
I'm the author of several Japanese culture books: The Magic of Japan, Ikigai the Japanese Secret for a Long and Happy Life, The Book of Ichigo Ichie, Shinrinyoku, The Ikigai Journey and A Geek in Japan.

http://amazon.com/author/hectorgarcia I'm the author of several Japanese culture books: The Magic of Japan, Ikigai the Japanese Secret for a Long and Happy Life, The Book of Ichigo Ichie, Shinrinyoku, The Ikigai Journey and A Geek in Japan.

Hector Puigcerver is currently reading
The Case for India
by Will Durant
bookshelves: currently-reading

“essentials to happiness in this life are something to do, something to love, and something to hope for.”
― Hector Garcia Puigcerver, Ikigai: The Japanese Secret to a Long and Happy Life
36 likes
Like

“There is a tension between what is good for someone and what they want to do. This is because people, especially older people, like to do things as they've always done them. The problem is that when the brain develops ingrained habits, it doesn't need to think anymore. Things get done very quickly and efficiently on automatic pilot, often in a very advantageous way. This creates a tendency to stick to routines, and the only way of breaking these is to confront the brain with new information.”
― Hector Garcia Puigcerver, Ikigai: Los secretos de Japón para una vida larga y feliz
tags: aging, brain, mental-exercise, mind, new-neural-pathways, routine, stimulus
23 likes
Like

“What does it mean to demonstrate in the streets, what is the significance of that collective activity so symptomatic of the twentieth century? In stupefaction Ulrich watches the demonstrators from the window; as they reach the foot of the palace, their faces turn up, turn furious, the men brandish their walking sticks, but “a few steps farther, at a bend where the demonstration seemed to scatter into the wings, most of them were already dropping their greasepaint: it would be absurd to keep up the menacing looks where there were no more spectators.” In the light of that metaphor, the demonstrators are not men in a rage; they are actors performing rage! As soon as the performance is over they are quick to drop their greasepaint! Later, in the 1960s, philosophers would talk about the modern world in which everything had turned into spectacle: demonstrations, wars, and even love; through this “quick and sagacious penetration” (Fielding), Musil had already long ago discerned the “society of spectacle.”
― Milan Kundera, The Curtain: An Essay in Seven Parts
tags: acting, activism, artifice, demonstration, modernism, politics, protest, rage, spectacle
8 likes
Like

“Neoliberalism makes citizens into consumers. The freedom of the citizen yields to the passivity of the consumer. As consumers, today’s voters have no real interest in politics –in actively shaping the community. They possess neither the will nor the ability to participate in communal, political action. They react only passively to politics: grumbling and complaining, as consumers do about a commodity or service they do not like. Politicians and parties follow this logic of consumption too. They have to ‘deliver’. In the process, they become nothing more than suppliers; their task is to satisfy voters who are consumers or customers.”
― Byung-Chul Han, Psychopolitics: Neoliberalism and New Technologies of Power
21 likes
Like

“essentials to happiness in this life are something to do, something to love, and something to hope for.”
― Hector Garcia Puigcerver, Ikigai: The Japanese Secret to a Long and Happy Life
36 likes
Like