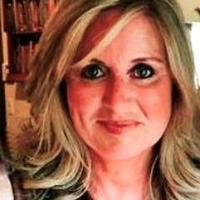 "Sonya Lea tells her extraordinary story extraordinarily well. She has a r Sonya Lea’s memoir, Wondering Who You Are is a finalist for the Washington State Book Award, and has garnered praise in Oprah Magazine, People, and the BBC, who named it a “top ten book.” Her essays have appeared in Salon, The Southern Review, Brevity, Guernica, Cold Mountain Review, The Prentice Hall College Reader, Good Housekeeping, The Los Angeles Book Review, The Rumpus, The Butter and more. Lea teaches at Hugo House in Seattle, and to women veterans through the Red Badge Project. Her short film, EVERY BEAUTIFUL THING, won two awards for direction and several awards for score. She lives in Seattle and the Canadian Rockies. Find her at www.wonderingwhoyouare.com.

"Sonya Lea tells her extraordinary story extraordinarily well. She has a rare ability to bring readers to the places where love and sex intermingle, collide, or go their separate ways. Wondering Who You Are is an amazing accomplishment. Every page sparkles with wisdom, candor, insight, and love."
—CHRISTOPHER RYAN, author of Sex At Dawn: How We Mate, Why We Stray, and What It Means for Modern Relationships
...more

Story of the Week at NPR

Sonya Lea and her husband Richard Bandy had a 23-year marriage filled with ups, downs and memories. In 2000 Bandy developed a rare form of appendix cancer and had an operation which was successful — sort of.

Bandy lived, but he was almost a different man. He had suffered a post-surgical complication called "anoxic insult" that cut oxygen to his brain and cleared much of his memory. He called his wi Read more of this blog post »
Like  •  0 comments  •  flag

Sonya is currently reading
Me and My Daddy Listen to Bob Marley
by Ann Pancake
bookshelves: currently-reading

“Ambiguous loss is considered by social scientists to be one of the most stressful kinds of loss owing to its nature: it is the loss that happens without possibility for closure.”
― Sonya Lea, Wondering Who You Are: A Memoir
2 likes
Like

“I wonder if who I am is who he is. I wonder if I am anything at all.”
― Sonya Lea, Wondering Who You Are: A Memoir
1 likes
Like

“We ask, 'What do you want to keep from over there?' I want to keep turning toward the people I disagree with, learning to respect them through the exchange of ideas. I want to know when to kiss in silence, when to erupt in hearty dialogue.”
― Sonya Lea, Wondering Who You Are: A Memoir
0 likes
Like

“Irony and cynicism were just what the U.S. hypocrisy of the fifties and sixties called for. That’s what made the early postmodernists great artists. The great thing about irony is that it splits things apart, gets up above them so we can see the flaws and hypocrisies and duplicates. The virtuous always triumph? Ward Cleaver is the prototypical fifties father? "Sure." Sarcasm, parody, absurdism and irony are great ways to strip off stuff’s mask and show the unpleasant reality behind it. The problem is that once the rules of art are debunked, and once the unpleasant realities the irony diagnoses are revealed and diagnosed, "then" what do we do? Irony’s useful for debunking illusions, but most of the illusion-debunking in the U.S. has now been done and redone. Once everybody knows that equality of opportunity is bunk and Mike Brady’s bunk and Just Say No is bunk, now what do we do? All we seem to want to do is keep ridiculing the stuff. Postmodern irony and cynicism’s become an end in itself, a measure of hip sophistication and literary savvy. Few artists dare to try to talk about ways of working toward redeeming what’s wrong, because they’ll look sentimental and naive to all the weary ironists. Irony’s gone from liberating to enslaving. There’s some great essay somewhere that has a line about irony being the song of the prisoner who’s come to love his cage.”
― David Foster Wallace
222 likes
Like

“For me, the last few years of the postmodern era have seemed a bit like the way you feel when you're in high school and your parents go on a trip, and you throw a party. You get all your friends over and throw this wild disgusting fabulous party. For a while it's great, free and freeing, parental authority gone and overthrown, a cat's-away-let's-play Dionysian revel. But then time passes and the party gets louder and louder, and you run out of drugs, and nobody's got any money for more drugs, and things get broken and spilled, and there's cigarette burn on the couch, and you're the host and it's your house too, and you gradually start wishing your parents would come back and restore some fucking order in your house. It's not a perfect analogy, but the sense I get of my generation of writers and intellectuals or whatever is that it's 3:00 A.M. and the couch has several burn-holes and somebody's thrown up in the umbrella stand and we're wishing the revel would end. The postmodern founders' patricidal work was great, but patricide produces orphans, and no amount of revelry can make up for the fact that writers my age have been literary orphans throughout our formative years. We're kind of wishing some parents would come back. And of course we're uneasy about the fact that we wish they'd come back--I mean, what's wrong with us? Are we total pussies? Is there something about authority and limits we actually need? And then the uneasiest feeling of all, as we start gradually to realize that parents in fact aren't ever coming back--which means we're going to have to be the parents.”
― David Foster Wallace
98 likes
Like

“War is what happens when language fails.”
― Margaret Atwood
tags: war
5306 likes
Like