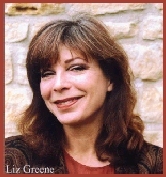 Born
in New Jersey, The United States
September 04, 1946
Genre
Astrology, Depth Psychology
edit data
Liz Greene is held in high esteem by astrologers all over the world, professional and non-professional alike. She is a prolific author of books and various publications and has been instrumental in shaping modern psychological astrology.

She holds doctorate degrees in psychology and (as of 2010) in history and is a qualified Jungian analyst. She also holds a diploma in counselling from the Centre for Transpersonal Psychology in London, and a diploma from the Faculty of Astrological Studies, of which she is a lifetime Patron.

“Individuals blind to the sexual opposite within them, be they men or women, never realise that the partner they choose is chosen because he or she bears some resemblance to the anima or animus. The anger and hurt felt at the 'true discovery' of the partner's failings is really anger and hurt directed at oneself; and this would become apparent, were one to see the dark figure within one's own unconscious impelling one into a particular relationship. Like always attracts like; rather than railing at the partner, one should take a long, close look at one's own psychic makeup. But it is easier to complain bitterly --- to analysts, marriage counsellors, and also astrologers --- that yet another relationship has collapsed and yet another partner has proved to be a bad choice. It is also fashionable to blame this on the failures of the parent of the opposite sex; but the past continues to live within a person not only because in some way it is part of his own substance, but also because he permits it to do so.
When a disastrous relationship occurs once, we may fool ourselves into believing it is chance; when it occurs twice, it has become a pattern, and a pattern is an unmistakable indication that the anima or animus is at work in the unconscious, propelling the helpless ego into relationships or situations which are baffling, painful, and frighteningly repetitive. Again, it is much wiser to look within oneself for the source of the pattern, rather than at the inherent failure of the opposite sex. For these destructive patterns are the psyche's way of making itself known, although great effort is often required to fulfil its demand for transformation. And great sacrifices also are required - of such precious commodities as one's pride, one's self-image, one's self-righteousness.”
― Liz Greene, Relating: An Astrological Guide to Living With Others on a Small Planet
tags: analytical-psychology, anima, animus, astrology, relationships
6 likes
Like

“A relationship can push us into having to confront certain areas of life, even if natally we are neither predisposed nor well equipped to cope in that area.”
― Liz Greene, Relationships and How to Survive Them
4 likes
Like

Is this you? Let us know. If not, help out and invite Liz to Goodreads.