Discover new books on Goodreads
See if your friends have read any of C.A. Keane's books 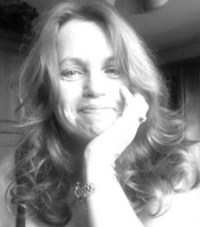 Much of her former life was spent working for the District Attorney's Office until she gave up one thrilling career for another and began writing full-time.

Cynthia is an INFJ that wants to change the world but doesn't want anyone to know she did it.
Cynthia is a freelance writer, Indie eBook author, and novelist.

Much of her former life was spent working for the District Attorney's Office until she gave up one thrilling career for another and began writing full-time.

Cynthia is an INFJ that wants to change the world but doesn't want anyone to know she did it.
...more

The more you writ…moreWrite, even when you don't want to. Especially then. The talent for telling a tale is one gift that you will lose if you neglect it.

The more you write, the better writer you will become. There are no shortcuts to that truth.(less)
flag
See all 3 answers from C.A. Keane…

I Love Clichés and I Cannot Lie

Writers are often told to avoid clichés, those familiar sentences that spew from your mouth without even thinking about it. It's a rule they say but since I've never really been one to follow rules in general, I tend to use the cliché now and again, both in my writing and when I am speaking. But as a reader, that's another thing entirely.

I admit it, I love the occasional familiar slip of the tong Read more of this blog post »
Like  •  0 comments  •  flag

“Her grief is still too young to behave itself, so she never lets it out.”
― Thomas Moran, The World I Made for Her
7 likes

“She must find a boat and sail in it. No guarantee of shore. Only a conviction that what she wanted could exist, if she dared to find it.”
― Jeanette Winterson, Oranges Are Not the Only Fruit
225 likes

“Books have a unique way of stopping time in a particular moment and saying: Let’s not forget this.”
― Dave Eggers
tags: books, time
4247 likes

Mark Barwell
author of
The Turning