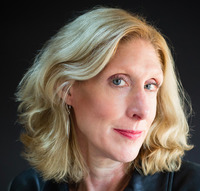 Website
http://www.maryrowen.com
Twitter
maryjrowen
Genre
Contemporary
Member Since
August 2012
URL
https://www.goodreads.com/maryrowen
edit data
Mary Rowen is a Boston area mom with a wonderful family that allows her time to write almost every day.
She grew up in the Massachusetts Merrimack Valley and graduated from Providence College. She has worked as a writer, teacher, salesperson, and political canvasser.

Little did I know that LBE was not complete. And “self-published” was far from an accurate term, because so many amazing people were involved in that endeavor. Without the members of my original writing group—who became the manuscript’s initial editors and cheerleaders—I never would’ve moved forward wit...

“That's what real love amounts to - letting a person be what he really is. Most people love you for who you pretend to be. To keep their love, you keep pretending - performing. You get to love your pretence. It's true, we're locked in an image, an act - and the sad thing is, people get so used to their image, they grow attached to their masks. They love their chains. They forget all about who they really are. And if you try to remind them, they hate you for it, they feel like you're trying to steal their most precious possession.”
― Jim Morrison
tags: love, pretense, self-esteem, self-image, wisdom
1747 likes

“Be yourself; everyone else is already taken.”
― Oscar Wilde
tags: attributed-no-source, be-yourself, honesty, inspirational, misattributed-oscar-wilde
147869 likes

“And by the way, everything in life is writable about if you have the outgoing guts to do it, and the imagination to improvise. The worst enemy to creativity is self-doubt.”
― Sylvia Plath, The Unabridged Journals of Sylvia Plath
tags: writing
7079 likes

John Irving
author of
A Prayer ...