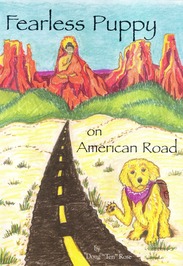 Christina (Confessions of a Book Addict)

Give it a minute, please.

More of Doug's books…
Quotes by Doug "Ten" Rose  (?)
Quotes are added by the Goodreads community and are not verified by Goodreads. (Learn more)
“A great friend can act like a trash can with a hole in the bottom. To listen to someone else's personal garbage with the same empathy you would spend listening to their joy, and then release that garbage just as quickly as you hear it, without absorbing it, makes you a wonderful friend to that person--and an even better one to yourself.”
― Doug Rose
tags: friendship, immune-system, personal-development, personal-growth, self-help
7 likes
Like

“Interpreters package and then sell, rent, or impose upon us artificially flavored illusions of truth, salvation, enlightenment, and happiness that are built upon their goals. That twisted information and those errant goals and are often very different from those of the original teachers that these interpreters are borrowing moral authority from. Following our own inner guidance would yield better results than following the village idiot. Neither Buddha nor Jesus was waiting for a Buddha or a Jesus to come solve their personal problems or those of humanity. The key to whatever we need is within us. The job of uncovering it is ours to do.”
― Doug Rose
tags: self-help, spiritual-growth
3 likes
Like

“Perfect does not mean perfect actions in a perfect world, but appropriate actions in an imperfect one.”
― R.H. Blyth
tags: inspirational, psychology-spirituality, self-help
9 likes
Like

“from Bill Murray in the movie Groundhog Day "Maybe God isn't omnipotent. Maybe he's just been around so long, he knows everything.”
― Phil Connors
tags: self-help
3 likes
Like

“A great friend can act like a trash can with a hole in the bottom. To listen to someone else's personal garbage with the same empathy you would spend listening to their joy, and then release that garbage just as quickly as you hear it, without absorbing it, makes you a wonderful friend to that person--and an even better one to yourself.”
― Doug Rose
tags: friendship, immune-system, personal-development, personal-growth, self-help
7 likes
Like

Thanks for the friend request, Doug.

Cindi wrote: "Thanks for the friend invite, Doug. :)"

Thanks for accepting. Nice to know you.

Thanks for the friend invite, Doug. :)

Thanks for the invite Doug! :)

* A review of Fearless Puppy by Tim Janakos-Kyobashi*
Have you ever wanted to leave your desolate life and see what's going on in other parts of the “good ol' US?” Have you ever felt the urge to take a free ride and see where your good looks and courage could take you on the open road? We've all probably imagined sticking out our thumb on any given street and seeing if someone was crazy enough to pick us up and take us on a new adventure, but few of us have had the courage to really do it. Doug “Ten” Rose is not the average person, who has lived the average life, so perhaps hitchhiking away from his drug dealing teenage life on the east coast, wasn't so difficult for him to do.

Perhaps Ten's “greater mission in life” was calling him to get out of the New York Subways of the 60s and escape to more peaceful grounds (and sometimes not so peaceful). But, was he really escaping, or was he being lured by the many people's lives he would meet, the story they would teach him, those people who would help transform his thinking and his life, and whose lives would be transformed by this wild eyed hippy?

“Fearless Puppy on American Road” is a true story of a boy who slowly becomes a man on a state by state hitchhiking odyssey that makes Jack Kerouac's fictional story seem sober and everyday. Ten's real adventure has just as much sex, drugs and jazz as the “Open Road,” but the fact that every page of it is the real recollection of a man who has lived it, makes it all the more realistic and enlightening.

Like Kerouac, Ten's life, on his wild journey becomes very influenced by Buddhism, but only after drugs have pushed him to the limit of existence, where a religious experience was the only thing that could pull him out of the hole he dug himself into.

As a life-long Buddhist, who could relate well to all of his wild adventures, I found this book very entertaining and eye opening. As a person whose hippy father named him after his personal guru, Timothy Leary, I could fully appreciate all of Ten's “unorthodox” ways of thinking about the “American Experience.” However, I'm sure my friends who haven't come from our side of the tracks can also gain something from this real life journey through the back roads of the US, which will make them appreciate the many unusual wonders we have in our own country. I'm now looking forward to a sequel coming out in the near future.

Tim Janakos, author of the Buddhist discovery novel, Myth Shattering and other books and music

Nancy wrote: "Your book is on my favorites list and I hope everyone else checks it out at the web site fearlesspuppy.org (sample chapters!), Best to you in your winter cave."