,
Discover new books on Goodreads
See if your friends have read any of Jordan Stratford's books 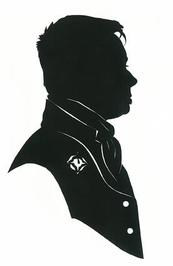 Born
Canada
Website
http://www.jordanstratford.com
Twitter
jordanstratford
Genre
Science Fiction, Paranormal, Spirituality
Member Since
March 2012
URL
https://www.goodreads.com/jordanstratford
edit data
Jordan Stratford has been pronounced clinically dead, and was briefly mistakenly wanted by INTERPOL for international industrial espionage. He is an ordained priest, has won numerous sword fights, jaywalked across the streets of Paris, San Franciso, and Sao Paolo, and was once shot by a stray rubber bullet in a London riot. He lives on a tiny windswept Pacific island populated predominantly by realtors and carnivorous gulls.

Error rating book. Refresh and try again.
Rate this book
Clear rating
1 of 5 stars2 of 5 stars3 of 5 stars4 of 5 stars5 of 5 stars
Quotes by Jordan Stratford  (?)
Quotes are added by the Goodreads community and are not verified by Goodreads. (Learn more)
“She decided at once that she and the boy were cut of the same bookish cloth, and could quite possibly become co-conspirators.”
― Jordan Stratford, Wollstonecraft
tags: bookish, mary, wollstonecraft-1
5 likes
Like

“Riding in a carriage without an escort is modern. But traveling out and about unescorted is unheard of.”
― Jordan Stratford, The Case of the Missing Moonstone
tags: humorous-quotes, ladies, social-commentary, social-norms
2 likes
Like

“And there on the piss-soaked cobbles, his back to the alley and his face to the wall, lay the object of their diplomatic mission: A sleeping drunk. Colt lay out his hand in a flourish.
“Mr. Billings, may I introduce to you His Imperial Majesty Joshua Norton the First, Emperor of the United States of America and Protector of Mexico.”
― Jordan Stratford, Mechanicals: A Steampunk Novel of the Crimean War
tags: steampunk
2 likes
Like