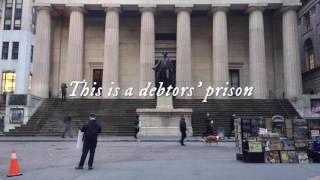 Francis hasn't connected with their friends on Goodreads, yet.

Spufford studied English at Cambridge University. He was a Royal Literary Fund fellow at Anglia Ruskin University from 2005 to 2007, and since 2008 has taught at Goldsmiths College in London, where he is Professor of Creative Writing. ...more

“I can always tell when you're reading somewhere in the house,' my mother used to say. 'There's a special silence, a reading silence.”
― Francis Spufford, The Child That Books Built: A Life in Reading
30 likes
Like

“He cannot do anything deliberate now. The strain of his whole weight on his outstretched arms hurts too much. The pain fills him up, displaces thought, as much for him as it has for everyone else who has ever been stuck to one of these horrible contrivances, or for anyone else who dies in pain from any of the world’s grim arsenal of possibilities. And yet he goes on taking in. It is not what he does, it is what he is. He is all open door: to sorrow, suffering, guilt, despair, horror, everything that cannot be escaped, and he does not even try to escape it, he turns to meet it, and claims it all as his own. This is mine now, he is saying; and he embraces it with all that is left in him, each dark act, each dripping memory, as if it were something precious, as if it were itself the loved child tottering homeward on the road. But there is so much of it. So many injured children; so many locked rooms; so much lonely anger; so many bombs in public places; so much vicious zeal; so many bored teenagers at roadblocks; so many drunk girls at parties someone thought they could have a little fun with; so many jokes that go too far; so much ruining greed; so much sick ingenuity; so much burned skin. The world he claims, claims him. It burns and stings, it splinters and gouges, it locks him round and drags him down…

All day long, the next day, the city is quiet. The air above the city lacks the usual thousand little trails of smoke from cookfires. Hymns rise from the temple. Families are indoors. The soldiers are back in barracks. The Chief Priest grows hoarse with singing. The governor plays chess with his secretary and dictates letters. The free bread the temple distributed to the poor has gone stale by midday, but tastes all right dipped in water or broth. Death has interrupted life only as much as it ever does. We die one at a time and disappear, but the life of the living continues. The earth turns. The sun makes its way towards the western horizon no slower or faster than it usually does.

Early Sunday morning, one of the friends comes back with rags and a jug of water and a box of the grave spices that are supposed to cut down on the smell. She’s braced for the task. But when she comes to the grave she finds that the linen’s been thrown into the corner and the body is gone. Evidently anonymous burial isn’t quite anonymous enough, after all. She sits outside in the sun. The insects have woken up, here at the edge of the desert, and a bee is nosing about in a lily like silk thinly tucked over itself, but much more perishable. It won’t last long. She takes no notice of the feet that appear at the edge of her vision. That’s enough now, she thinks. That’s more than enough.

Don’t be afraid, says Yeshua. Far more can be mended than you know.

She is weeping. The executee helps her to stand up.”
― Francis Spufford, Unapologetic: Why, Despite Everything, Christianity Can Still Make Surprising Emotional Sense

“When I'm tired and therefore indecisive, it can take half an hour to choose the book I am going to have with me while I brush my teeth.”
― Francis Spufford, The Child That Books Built: A Life in Reading
12 likes
Like

Remember, if you vote for a book and it wins, you are implicitly promising to read the book and participate in the discussion. If you fail to join in, something unspeakable will befall you.