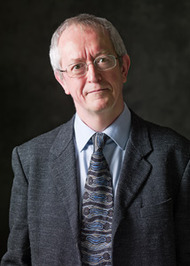 · 797 ratings · 117 reviews · 23 distinct works • Similar authors
More books by Keith Jeffery…
Quotes by Keith Jeffery  (?)
Quotes are added by the Goodreads community and are not verified by Goodreads. (Learn more)
“It was here that Lieutenant Thomas Kettle fell, leading a company of the 9th Royal Dublin Fusiliers just ahead of Lieutenant Emmet Dalton – who won a Military Cross in the engagement, acquired the nickname ‘Ginchy’, later became IRA Director of Munitions, and was to reach the rank of general in the army of independent Ireland. Kettle was a former Irish nationalist MP and Professor of National Economics at University College Dublin, who had been in Belgium at the beginning of the war buying guns for the nationalist Irish Volunteers. He joined up believing that the war had a just cause, being fought on behalf of small nations such as Belgium, Serbia and Ireland too. But he had been dispirited by the Easter Rising in Dublin. While he had no sympathy with the rebels, he correctly predicted how posterity might view him vis-à-vis the 1916 leaders. ‘These men,’ he wrote, ‘will go down in history as heroes and martyrs, and I will go down – if I go down at all – as a bloody British officer.”
― Keith Jeffery, 1916: A Global History
0 likes
Like