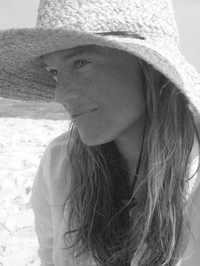 Heather Ross isn't a Goodreads Author (yet), but she does have a blog, so here are some recent posts imported from her feed.

My good friend Annabel Wrigley created this wonderful tutorial for Trixie and Thomas. Here are some of here tips and tricks… 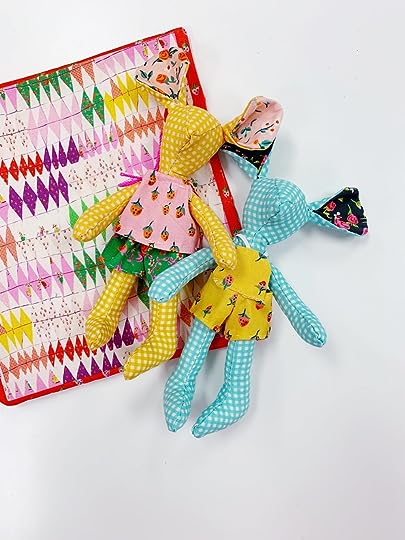 “After I took Lisa's braces off, we climbed out of my bedroom window onto the roof of the porch below, smoked cigarettes in our nightgowns, and talked about boys. If I had tried that summer to imagine what my future would look like, it would have been as much a mystery to me then as my own reflection in those cutoff shorts. This is what I understand now that I could not have seen then: When you grow up in a home where nobody goes to work, where nobody is married, in a place where there are few jobs and few opportunities, you do not stay up late whispering about weddings and college and careers. You live in that moment, or maybe in the next; you do not make decisions that will impact a future that you do not let yourself imagine; you do not make a plan beyond your next pack of cigarettes.”
― Heather Ross, How to Catch a Frog: And Other Stories of Family, Love, Dysfunction, Survival, and DIY
0 likes
Like

“I waited until I was five months pregnant to tell my mother that I was having a baby. "I'm calling with some news," I said. "God, what?" she responded, sounding hopeful for something juicy and terrible. She could be counted on to be sober and in good spirits until late afternoon, and I timed my calls accordingly but always braced myself. The death of her parents and of her brother, my uncle Mike, who had been gone for almost five years now, and the sale of the land had left her in a raw and scattered state that I still hoped she would recover from, eventually. She seemed to want to talk only about tragedies and bad news and would complain to me that my sister never called her and that nobody ever told her anything, or included her in any of their lives.
I cut her off as she began to tell me something I did not want to hear. "I'm calling with good news," I said, starting again as though she might not recognize it as such.
"What?" she said, her tone urgent, almost desperate.
"I'm going to have a baby," I told her.
She let out an exhale, then, sounding exhausted from the three seconds of suspense and relived but not happy, she said, "Well, it's nice to hear some good news, because I've been following this massacre? In Arizona? With the congresswoman who was shot in the head by that lunatic? It's just god-awful." I forced myself to give her a few details calmly, including the due date, then got off the phone as quickly as I could. She sent me an email the next day that said, simply, "I don't have any advice for you. Everything is different now than when I had you. I hope that you'll let me see my grandchild sometime. Your sister won't let me see her kids."
I spent that whole day in bed, with a hand on my stomach, terrified.”
― Heather Ross, How to Catch a Frog: And Other Stories of Family, Love, Dysfunction, Survival, and DIY
0 likes
Like

Is this you? Let us know. If not, help out and invite Heather to Goodreads.