Discover new books on Goodreads
See if your friends have read any of John R. Lott Jr.'s books 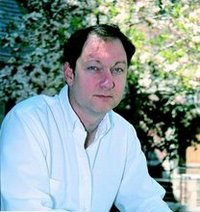 Website
http://johnrlott.blogspot.com/
edit data
John Richard Lott Jr. (born May 8, 1958) is an American economist and political commentator. Lott was formerly employed at various academic institutions including the University of Chicago, Yale University, the Wharton School of the University of Pennsylvania, and the University of Maryland, College Park, and at the American Enterprise Institute conservative think tank. He is currently a Fox News opinion contributor. He holds a Ph.D. in economics from UCLA.

“Criminals are motivated by self-preservation, and handguns can therefore be a deterrent. The potential defensive nature of guns is further evidenced by the different rates of so-called “hot burglaries,” where a resident is at home when a criminal strikes.16 In Canada and Britain, both with tough gun-control laws, almost half of all burglaries are “hot burglaries.” In contrast, the United States, with fewer restrictions, has a “hot burglary” rate of only 13 percent.”
― John R. Lott, More Guns, Less Crime: Understanding Crime and Gun Control Laws
3 likes
Like

“In 1996, Britain banned handguns. Prior to that time, over 54,000 Britons owned handguns.70 The ban was so tight that even shooters training for the Olympics were forced to travel to Switzerland or other countries to practice. Four years have elapsed since the ban was introduced, and gun crimes have risen by an astounding 40 percent.”
― John R. Lott, The Bias Against Guns: Why Almost Everything You'Ve Heard About Gun Control Is Wrong
2 likes
Like

“Former Prime Minister of Australia John Howard wrote in the New York Times in 2013, “[T]here is a wide consensus that our 1996 reforms not only reduced the gun-related homicide rate, but also the suicide rate. The Australian Institute of Criminology found that gun-related murders and suicides fell sharply after 1996.”2 But the impact of Australia’s gun buyback in 1996–97 is a lot less obvious than most might think. The buyback resulted in more than 1 million firearms being handed in and destroyed, reducing gun ownership from 3.2 to 2.2 million guns. But since then there has been a steady increase in the number of privately owned guns. By 2010, the total number of privately owned guns was back to the 1996 level.”
― John R. Lott Jr., The War on Guns: Arming Yourself Against Gun Control Lies
1 likes
Like


Is this you? Let us know. If not, help out and invite John to Goodreads.