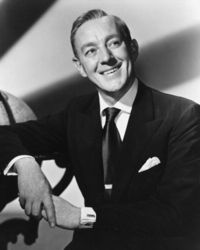 “A refurbished Star Wars is on somewhere or everywhere. I have no intention of revisiting any galaxy. I shrivel inside each time it is mentioned. Twenty years ago, when the film was first shown, it had a freshness, also a sense of moral good and fun. Then I began to be uneasy at the influence it might be having. The first bad penny dropped in San Francisco when a sweet-faced boy of twelve told me proudly that he had seen Star Wars over a hundred times. His elegant mother nodded with approval. Looking into the boy's eyes I thought I detected little star-shells of madness beginning to form and I guessed that one day they would explode.

'I would love you to do something for me,' I said.

'Anything! Anything!' the boy said rapturously.

'Well,' I said, 'do you think you could promise never to see Star Wars again?'

He burst into tears. His mother drew herself up to an immense height. 'What a dreadful thing to say to a child!' she barked, and dragged the poor kid away. Maybe she was right but I just hope the lad, now in his thirties, is not living in a fantasy world of secondhand, childish banalities.”
― Alec Guinness, A Positively Final Appearance
tags: movies, star-wars
21 likes
Like

“An actor is no more than an assortment of odds and ends which barely add upp to a whole man. An actor is an interpreter of other men's words, often a soul which wishes to to reveal itself to the world but dare not, a craftsman, a bag of tricks, a vanity bag, a cool observer of mankind, a child, and at his best a kind of unfrocked priest who for an hour or two, can call on heacen and hell to mesmerise a group of innocents.”
― Alec Guinness Blessings in disguise
tags: actor-acting, audience
5 likes
Like

“The point of a knighthood for British actors is to enable them to play butlers.”
― Alec Guinness, A Commonplace Book
4 likes
Like