Discover new books on Goodreads
See if your friends have read any of Bobbye L. Hudspeth's books 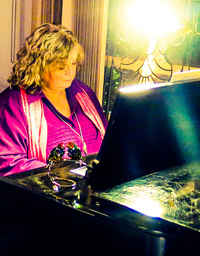 I live on a mini-farm in Central/North Alabama with my dachshund (who is named Kindle...I also have several of the tablet kind too) and several chickens. I recently renovated an unloved house and am making it our home.

Reading is my first love, but writing comes in a close second. I enjoy both reading and writing in a multitude of genres (pretty much anything except horror...real life can have enough without adding it via the written word). While Beh After many years of writing non-fiction books as well as magazine and newspaper articles, it was a thrill for me when my debut novel was published in 2012. Since then, I've written one oher and have several started...all while hitting the restart button on my life after the death of my husband,

I live on a mini-farm in Central/North Alabama with my dachshund (who is named Kindle...I also have several of the tablet kind too) and several chickens. I recently renovated an unloved house and am making it our home.

Reading is my first love, but writing comes in a close second. I enjoy both reading and writing in a multitude of genres (pretty much anything except horror...real life can have enough without adding it via the written word). While Behind the Grey (and those to follow in the series of "Women of the Civil War") is set on southern battlefields and home front in the era of the American Civil War, my second novel (coming spring 2013) Hot Bubbles and Chocolate is a modern-day chick lit about a middle aged southern woman who tries her hand at internet dating, with disastrous results. I'm not sure which will be my publisher's third choice, but at some point my paranormal "The Girl in the Mirror" will be available.

I love meeting new people, and I personally answer all emails (especially those that come via my website, since those don't ever get lost in my spam filter).

On the Casting Couch 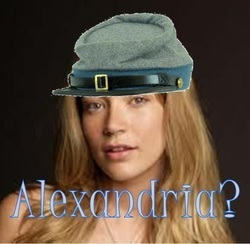 Someone asked me recently who I would choose to play the different parts in "Behind the Grey" if it were made into a movie. The following is the list that I came up with. I didn't actually have most of these actors and actresses in my head while I was writing, but they are the ones that most closely fit the faces that I came to know so well.

“War has been glorified by men who have never been shot at.”
― Bobbye L. Hudspeth, Behind The Grey
tags: american-history, civil-war, fiction, history, war
10 likes
Like

“War has been glorified by men who have never been shot at.”
― Bobbye L. Hudspeth, Behind The Grey
tags: american-history, civil-war, fiction, history, war
10 likes
Like

“It is easier and much more satisfying to rail against the Right than to suggest that we go back to Genesis 1 and study together. Liberals can be just as intolerant as fundamentalists, and we have arrived at a moment in human history when intolerance and hope are mutually exclusive. (p. 6)”
― Robin R. Meyers, Saving Jesus from the Church: How to Stop Worshiping Christ and Start Following Jesus
tags: conservatives, intolerance, liberals
5 likes
Like

“When I was small, I never wanted to step in puddles. Not because of any fear of drowned worms or wet stockings; I was by and large a grubby child, with a blissful disregard for filth of any kind.
It was because I couldn't bring myself believe that that perfect smooth expanse was no more than I thin film of water over solid earth. I believed it was an opening into some fathomless space. Sometimes, seeing the tiny ripples caused by my approach, I thought the puddle impossibly deep, a bottomless sea in which the lazy coil of a tentacle and gleam of scale lay hidden, with the threat of huge bodies and sharp teeth adrift and silent in the far-down depths.
And then, looking down into reflection, I would see my own round face and frizzled hair against a featureless blue sweep, and think instead that the puddle was the entrance to another sky. If I stepped in there, I would drop at once, and keep on falling, on and on, into blue space.
The only time I would dare walk though a puddle was at twilight, when the evening stars came out. If I looked in the water and saw one lighted pinprick there, I could slash through unafraid--for if I should fall into the puddle and on into space, I could grab hold of the star as I passed, and be safe.
Even now, when I see a puddle in my path, my mind half-halts--though my feet do not--then hurries on, with only the echo of the though left behind.
What if, this time, you fall?”
― Diana Gabaldon, Voyager
tags: childlike-wonder, fantasy, imagination, science-fiction, time-travel
42 likes
Like

Book Marketing for Authors — 1349 members — last activity Oct 12, 2020 09:16AM
Helping authors get together and market their books. Promotional posts welcome. In fact, they are encouraged.

THE Group for Authors! — 11672 members — last activity 12 hours, 54 min ago
This is a group for authors to discuss their craft, as well as publishing and book marketing.

Ann Leary
author of
The Good ...

Kate Danley
author of
The Woodc...

Hi Bobbye! Thanks so much for following my reviews! If you ever want to review any of my books yourself just shoot me an email!
Patti
P.I. Barrington