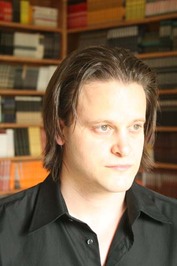 Noah has also worked as a collaborator, and is co-author, with Lieutenant General Michael “Rifle” Delong, USMC, Ret., of Inside Centcom (Regnery, 2005), a selection of the Military Book Club. His Op-Eds co-authored with General Delong appeared in the Sunday New York Times, The Wall Street Journal and The Dallas Morning News. He has contributed articles about the publishing industry and the craft of writing to several magazines, including Poets & Writers, Writers Digest, The Writer, the AWP Chronicle and the Writers Market, and has been anthologized in The Practical Writer (Viking, 2004).

Creatively, Noah is author of The Tragedy of Macbeth, Part II, (Pegasus Books, 2008) an original play written in blank verse, which aspires to pick up where Shakespeare’s Macbeth left off. Macbeth II was critically-acclaimed, and featured as recommended reading in New York Magazine’s 2008 “Fall Preview.” He has also written several screenplays, one of which, Brothers in Arms, was chosen as one of Hollywood’s 100 Best Scripts of the Year on the 2007 Black List and is currently in development at a major studio.

“The ultimate message of this book, though, is not that should strive for publication, but that you should become devoted to the craft of writing, for its own sake. Ask yourself what you would do if you knew you would never be published. Would you still write? If you are truly writing for the art of it, the answer will be yes. And then, every word is a victory.”
― Noah Lukeman, The First Five Pages: A Writer's Guide To Staying Out of the Rejection Pile
tags: art, faith-in-yourself, perseverance, publication, writing
3 likes
Like

“It is not uncommon for a leader to win a debate - or even an election - who is intellectually inferior to his opponent but is better able to incite the emotions of the masses.”
― Noah Lukeman, The Plot Thickens: 8 Ways to Bring Fiction to Life
3 likes
Like

“We listen to and interact with others all day long, but rarely do we hear them, take them for who they are; instead we create an image of who we want them to be. We might unconsciously skip over their faults. We can wear blinders for many reasons. Sometimes faults are indeed seen, but then are justified, dismissed, diminished.
Seeing other people for who they are is not as easy as it may seem; to wake up one day and remove your blinders and acknowledge something for what it is (especially if it has been harmful) is, at the same time, to acknowledge that you had been wrong in your judgement. It would force us to face ourselves, to travel down the road of self-realization. This, for most people, is scarier than anything; many would rather live with the harmful person than come to such an admission about their own judgement.
So we live, instead, with blinders on about others. Until one day, if we’re lucky, we can wake up and see people for who they are really are.”
― Noah Lukeman, The Plot Thickens: 8 Ways to Bring Fiction to Life
1 likes
Like

Dan Chaon
author of
Await You...