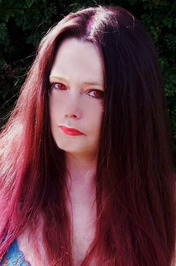 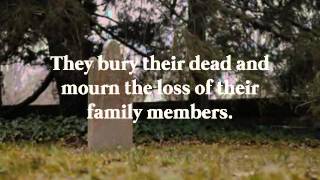 The Undead Heart (#1 in the Blood Thirst Series)

The Reaper Within (Dark Rain)


Stephanie Jackson lives in Clarksville, TN with her husband, Rick. She been married for a lot of REALLY long years and has numerous children of varying ages, all seemingly incapable of doing their own laundry or preparing a meal. They're all grown and employed, but they won't leave. They never leave. On any given Stephanie Jackson up in Nashville Tn, and writes paranormal and paranormal romance novels. Her books include:

The Undead Heart (#1 in the Blood Thirst Series)

The Reaper Within (Dark Rain)


Stephanie Jackson lives in Clarksville, TN with her husband, Rick. She been married for a lot of REALLY long years and has numerous children of varying ages, all seemingly incapable of doing their own laundry or preparing a meal. They're all grown and employed, but they won't leave. They never leave. On any given day, you can find one of them testing the holding power of the couch and making sure the remote control is in good working order.

Welcome to Blood of Bones!

Please feel free to promote and talk about your books here. If you have a book, we want to hear about it!

“This death has been sponsored by Pringles, Taco Bell, Toyota, Trojan Condoms, and one evil, fucking genius.”
― Stephanie Jackson, The Wrath Of Potter
1 likes
Like

“The people cannot be all, and always, well informed. The part which is wrong will be discontented, in proportion to the importance of the facts they misconceive. If they remain quiet under such misconceptions, it is lethargy, the forerunner of death to the public liberty. ... What country before ever existed a century and half without a rebellion? And what country can preserve its liberties if their rulers are not warned from time to time that their people preserve the spirit of resistance? Let them take arms. The remedy is to set them right as to facts, pardon and pacify them. What signify a few lives lost in a century or two? The tree of liberty must be refreshed from time to time with the blood of patriots and tyrants. It is its natural manure.”
― Thomas Jefferson, Letters of Thomas Jefferson
tags: patriotism, revolution, slogan
454 likes
Like

“Things every person should have:

•A nemesis.
•An evil twin.
•A secret headquarters.
•An escape hatch.
•A partner in crime.
•A secret identity.”
― Wil Wheaton
540 likes
Like

“Books are a uniquely portable magic.”
― Stephen King, On Writing: A Memoir of the Craft
tags: books, magic, reading
16061 likes
Like

Pratap Divyesh
author of
A Respons...

Stephanie,
Thank you for accepting my Friend request!I hope you are having a great day.
All my best,
Cedric

Thanks for adding me, Stephanie. Happy Holidays!

I love almost anything Dean Koontz or Stephen King. I know I write PNR but when it come to my reading I prefer a good, old fashion scary story!

Hi Stephanie, thanks for accepting the friend request! I loved Dean Koont's Intensity! The made for t. v. movie of it was okay, but great book!