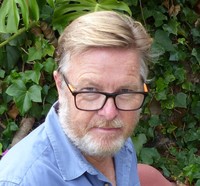 
They were very different times. The number of inhabitants in Puerto de la Cruz on the island of Tenerife may not have been much more than five thousand. A fair number of those were British and Irish. Early forms of tourism were just beginning and town houses were being converted into pensions and boarding houses to cater for the growing number of travellers, scientists and artists. So qu Read more of this blog post »
View more on John Reid Young's website »
2 likes · Like  •  2 comments  •  flag