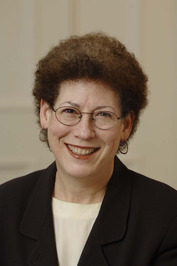 “I would argue that my Chicago study sustains Putnam’s emphasis on the importance of dynamic social capital – extensive opportunities for interaction through ethnic organizations, churches, neighborhoods, factory floors, and the like – for workers’ successful mobilization as unionists, voters, and citizens. But it also demonstrates that institutions and local leaders matter as well. Here I refer not to bigwigs sitting in Washington or Pittsburgh, but rather to the dozens, probably hundreds, of human spark plugs who coaxed thousands of Chicago workers into political motion. I doubt very much that without the guiding hand of CIO organizers – many of them committed communists – and other locally based political activists of the 1930s, ordinary workers would have been able to turn their resource bank of social capital into winning political currency.”
― Lizabeth Cohen, Making a New Deal: Industrial Workers in Chicago, 1919-1939
0 likes
Like

Is this you? Let us know. If not, help out and invite Lizabeth to Goodreads.