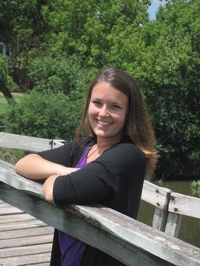 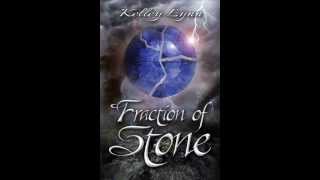 Eventually the day came when the voices in Kelley Lynn’s head were more insistent then her engineering professor’s. So instead of turning to her Thermodynamics book, Kelley brought up a blank page on her computer screen and wrote.

You can find Kelley hanging out at her facebook page. She loves talking to readers at authorkelleylynn@gmail.com.

When does the fourth book of the Fraction series come out? I love them and can't wait to find out what happens!!
Kelley Lynn It comes out in a few days!!! I'm so glad you're enjoying them :) Can't wait to see what you think!!!
flag
See 1 answer from Kelley Lynn…

I'm not going to start off this post saying that I vow to blog more. I say it every time I pop in and then months later I say it again. Ha. So I'm just going recap 2015, let you guys know what's in store for 2016 and we'll see how I do from there. Sound good? Cool.
2015 was...amazing. I learned so much and released so much and wrote so much.
Did I mention I learned so much?
So what happen Read more of this blog post »
View more on Kelley Lynn's website »
Like  •  0 comments  •  flag

“All we have to decide is what to do with the time that is given us.”
― J.R.R. Tolkien, The Fellowship of the Ring
tags: encouragement, gandalf
10439 likes

StoryWeaving — 211 members — last activity Sep 02, 2013 05:55AM
The Ultimate Fun Place for those of you who want to be Creative without the 'pain and struggle'! Pass on Stories, Pass on Poems, Word Games and More!

Cassie Mae
author of
Reasons I...

Pepper Winters
author of
Tears of ...

Jade Hart
author of
Coffee an...

Eric Buffington
author of
The Troven