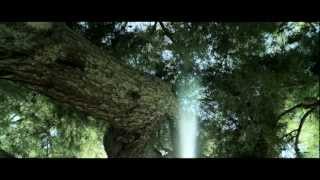 If you could travel to any fictional book world, where would you go and what would you do there?
Chas Hoppe I would travel to the universe of Douglas Adams's Hitchhiker's Guide and try a pangalactic gargleblaster to see if it lived up to the hype.
flag
See 1 answer from Chas Hoppe…

Here’s the thing about freelancing: If you’re considering it, you already know that you’re pretty darn good at something that a lot of people want. But being good at something is only part of being in business for yourself. How do you make money? How much should you expect to make? How do find clients—and what happens when they don’t pay you?

All these questions came up in a recent e-mail exchange

Chas is currently reading
Good to Great: Why Some Companies Make the Leap... and Others Don't
by James C. Collins
bookshelves: currently-reading

Chas is currently reading
Inconspicuous Consumption: The Environmental Impact You Don't Know You Have
by Tatiana Schlossberg
bookshelves: currently-reading

Chas is currently reading
Life! By Design: 6 Steps to an Extraordinary You
by Tom Ferry
bookshelves: currently-reading

“But I think the first real change in women’s body image came when JLo turned it butt-style. That was the first time that having a large-scale situation in the back was part of mainstream American beauty. Girls wanted butts now. Men were free to admit that they had always enjoyed them. And then, what felt like moments later, boom—Beyoncé brought the leg meat. A back porch and thick muscular legs were now widely admired. And from that day forward, women embraced their diversity and realized that all shapes and sizes are beautiful. Ah ha ha. No. I’m totally messing with you. All Beyonce and JLo have done is add to the laundry list of attributes women must have to qualify as beautiful. Now every girl is expected to have Caucasian blue eyes, full Spanish lips, a classic button nose, hairless Asian skin with a California tan, a Jamaican dance hall ass, long Swedish legs, small Japanese feet, the abs of a lesbian gym owner, the hips of a nine-year-old boy, the arms of Michelle Obama, and doll tits. The person closest to actually achieving this look is Kim Kardashian, who, as we know, was made by Russian scientists to sabotage our athletes.”
― Tina Fey, Bossypants
808 likes

“I can’t think of anything worse after a night of drinking than waking up next to someone and not being able to remember their name, or how you met, or why they’re dead.”
― Laura Kightlinger
14 likes

“Here is a lesson in creative writing. First rule: Do not use semicolons. They are transvestite hermaphrodites representing absolutely nothing. All they do is show you've been to college.”
― Kurt Vonnegut, A Man Without a Country
tags: college, semicolons, writing
3232 likes

Mark Burgess
author of
The Socia...

Carol Guess
author of
With Animal